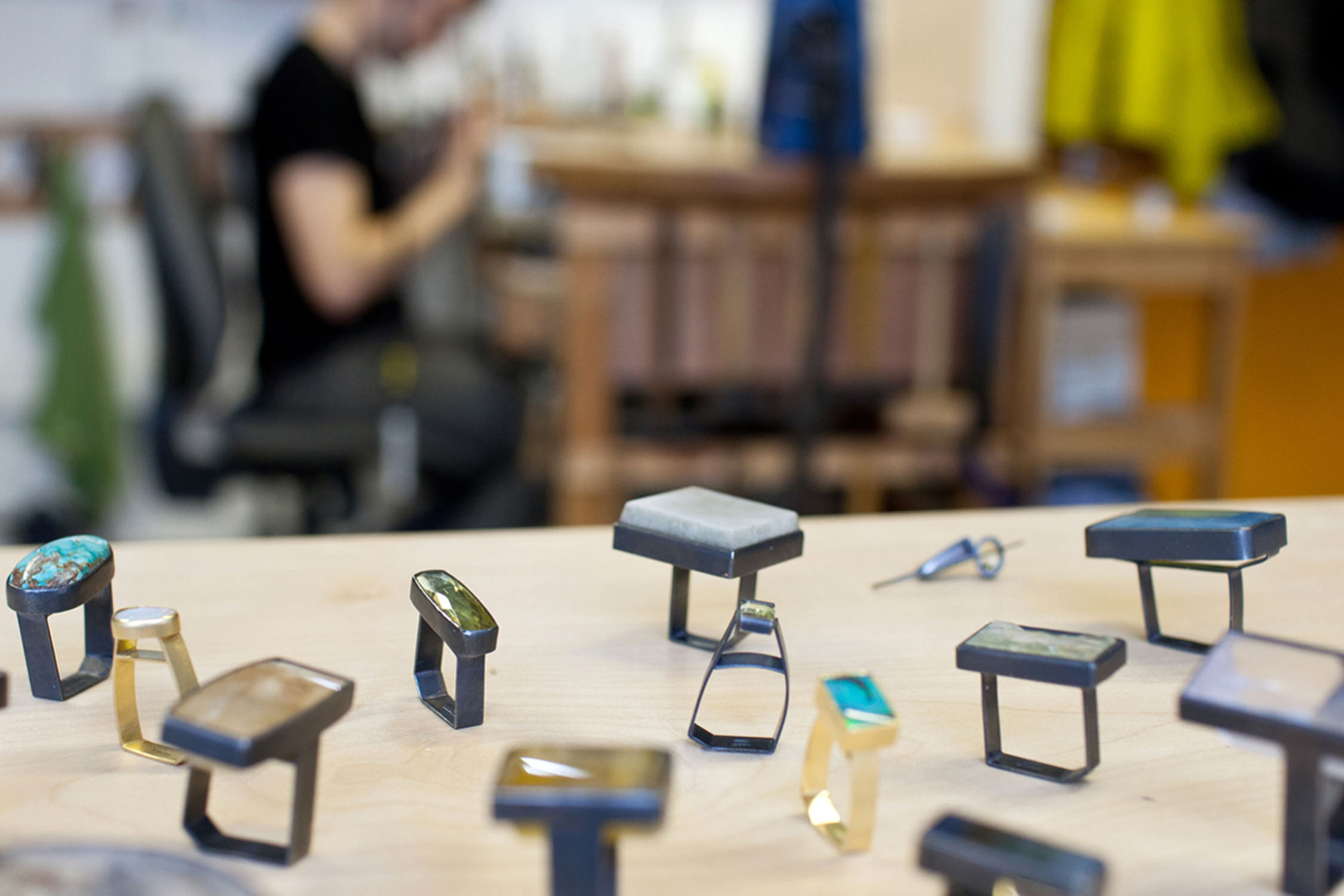 I was like a kid in the proverbial sweet shop during our visit to jeweller Chris Boland's studio at Yorkshire Artspace's Exchange Place Studios. His structural Monolith rings were laid out on a workbench, all beautiful stones and unusual settings, just waiting to be tried on and cooed over. Designed with a flat edge, the rings stand up by themselves so that the stones can be displayed and admired when they're not even being worn.

Chris has picked up a raft of awards in recent years, including the British Jewellers' Association Award for Excellence in Jewellery, and craft&design's Gold Award. It's easy to see why. His designs are incredibly bold and unusual; the oxidised silver rings are particularly striking. Using natural and untreated stones such as topaz, tourmaline, emerald and citrine, Chris's modern designs contrast and compliment the stones beautifully.

This talented young man's studio should be a must-stop on any tour of Yorkshire Artspace's Open Studios in November, and his jewels on every Christmas list.

How would you describe your work?
I make bold, constructed jewellery, handmade to emphasise the qualities of the gemstones inclusions. All work is made from natural stones and precious metals.

What inspires you?
I’ve always been inspired by gemstone, crystals and other inorganic structures. My current Monolith collection uses stones with some very visible inclusions. I want to display them in a way that invites the viewer to look into the stone.

What’s your workspace like?
I love my studio at Exchange Place! It's probably a little large for a jeweller but it's so light and there's plenty of space for me to spread out, so I can work on lots of projects at once.

What do you love about Sheffield?
Sheffield is a great place to be a jeweller. It's probably got one of the best communities of makers in the country – very open and inviting. The Peak District on your doorstep doesn't hurt either!

What would you do to improve the city?
I'd like to see the river areas in Sheffield improved. It seems like in every major city the riversides attract huge investments in social and financial developments, but not in Sheffield. 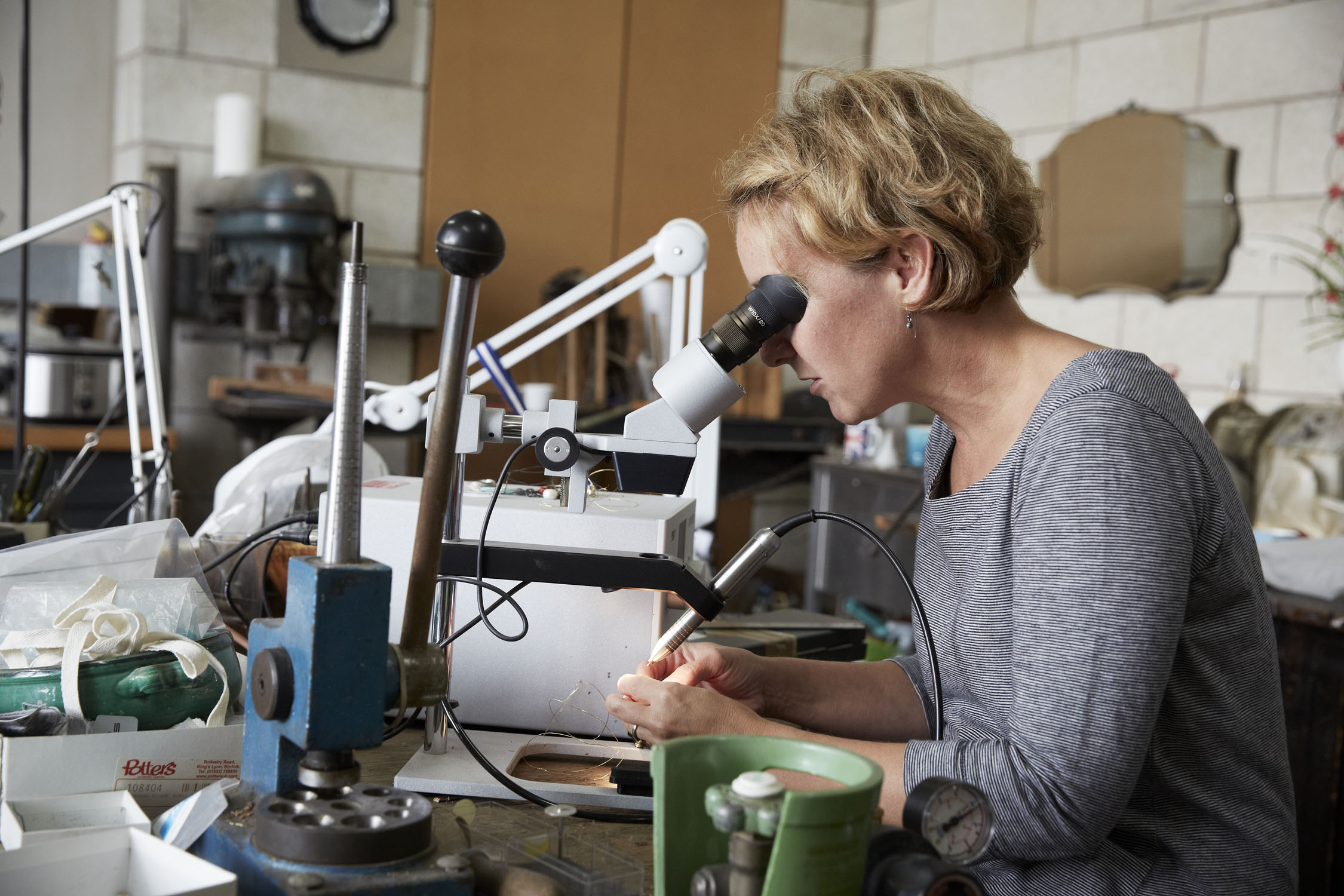 Precious stones and metals glimmering in all directions – Jennie's jewellery workshop is a delight!