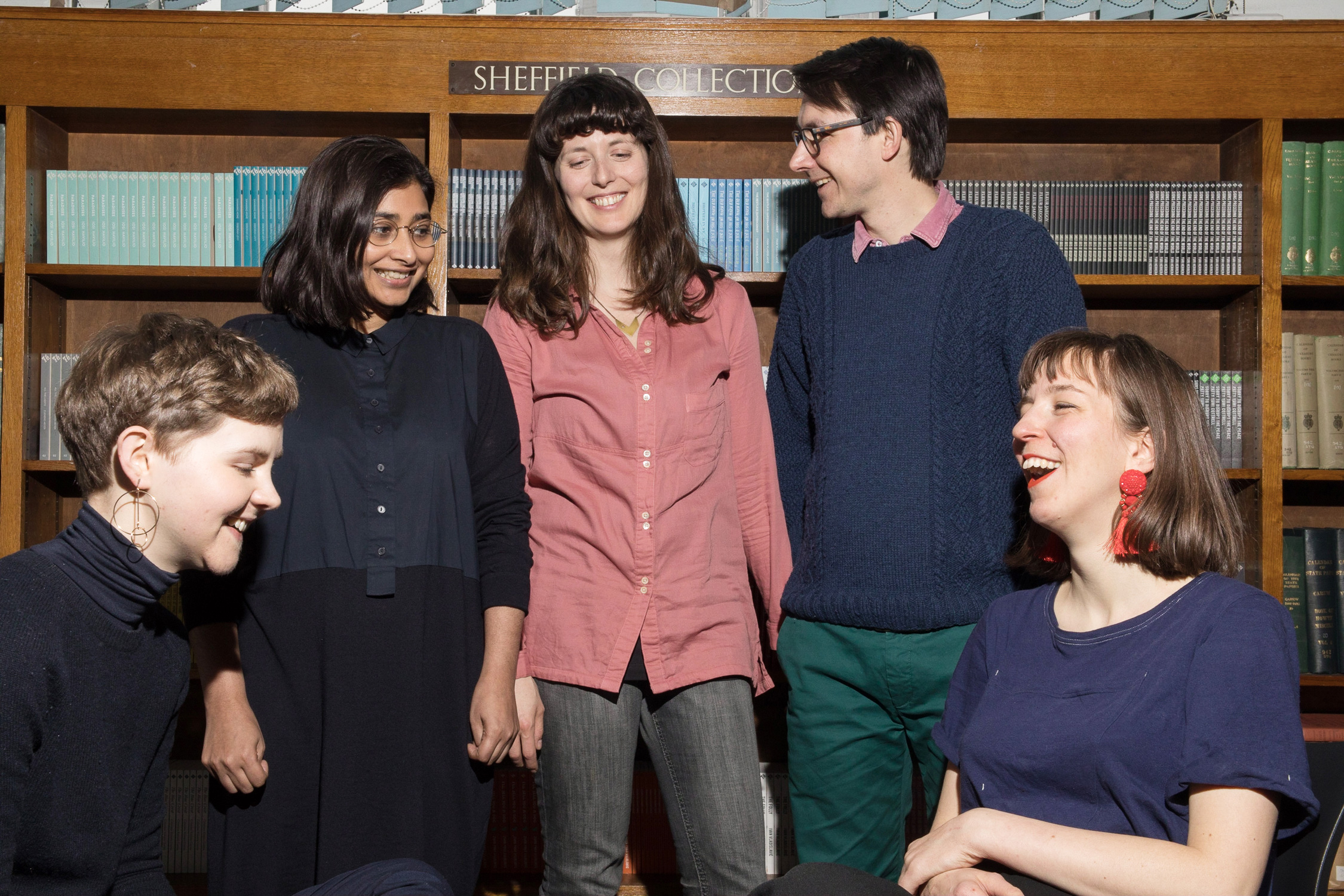 Photo by Karina Lax, courtesy of And Other Stories

A quiet revolution is happening in the UK publishing industry, and one of its main command posts is an unassuming little office tucked away upstairs in Sheffield's Central Library. There, indie publisher And Other Stories is creating a future of publishing where more voices are heard, more experiences represented, more talented people discovered.

Concentrated in London and propped up by (sometimes unpaid) interns, the publishing world is too often inaccessible to book lovers who can't afford to be part of it and unappealing to those who don't want to be complicit in all that. Since relocating from High Wycombe to Sheffield in 2017, And Other Stories has set about challenging others to shake off their fixation with London and the south-east and to seek out new, exciting voices beyond the usual terrain. It's found allies in Comma Press (Manchester), Dead Ink (Liverpool) and Peepal Tree Press (Leeds), together forming the Northern Fiction Alliance to push for a decentralised, more diverse industry. The aim, as set out in their recent open letter, is "bursting the publishing bubble, and reconfiguring the industry, so the peripheries can inform the whole."

It's not just the London bubble – And Other Stories is also confronting the gender gap. As the only publishing house to pick up novelist Kamila Shamsie's gauntlet and commit to the Year of Publishing Women, it's dedicated 2018 to highlighting and doing its bit to redress the industry's prioritising of books by and about men.

Editor Tara Tobler and publisher Stefan Tobler told us about their hopes for the year and why they're happy they moved to Sheffield.

How would you describe your work?
Stefan: Our focus is just good literary books – and trusting that the good books will in the end find their way to the right readers. Some of those will sell tens of thousands of copies and some will sell less than a thousand, but if it’s a good book we want to publish it.

What made you commit to the Year of Publishing Women?
Tara: At first we were a bit indignant because we thought that we’d been working quite hard to find wonderful books by women, but we realised that there was a dearth of things being pitched to us by women. So we thought maybe we can push ourselves harder, and maybe we can provoke a few others to push themselves harder too. We decided we’d use it as an opportunity to inspect our process and see what we could do differently to make sure that we were as rigorous in our searching as possible.

S: Even though people knew that we wouldn’t be publishing any male writers this year, we had almost as many submissions by male authors as by female – and of authors in translation the majority that were suggested to us were male. There is an issue with inequality in the UK around which authors are given importance and which ones win prizes most often, but that inequality is much stronger in some other countries. So particularly for us, since we do a lot of translations, it’s been eye-opening, and we’ve picked up amazing authors that we perhaps otherwise wouldn’t have looked as hard for.

Why do you think other publishing houses didn’t join in?
T: We’re in a unique position in as far as we have the flexibility to do it and a relatively small list. Other houses that have more money may have been concerned about liability – because even though there’s nothing wrong with what we’re doing, we have gotten some pretty ugly letters.

S: One trolling email I got was from a man who thought that it was very unmanly of me to be part of this!

What are you most looking forward to in the Year of Publishing Women?
S: Basically, things like you coming to us and saying “my friend’s just read Ann Quin and she says it’s amazing.” [Quin’s The Unmapped Country was the first book And Other Stories published this year. It is indeed amazing.] It’s all about the readers who wouldn’t necessarily have otherwise found a book, and them discovering how good the author is.

T: We’ve got a cohort of new women writers as part of the And Other Stories stable now and hopefully they'll bring us new books in the future. I’m hoping that women authors, particularly who are doing challenging or experimental things, will think we could be a good home for them.

What do you love about Sheffield?
S: My brother has been here for years so we got to know Sheffield well, and every time we left we were sad. When I first visited he’d show me something in the middle of town – beautiful things like the Winter Garden and Millennium Gallery – but it took me a long time to realise how much Sheffield is about the neighbourhoods; it feels like there are so many little villages that are friendly but all have a different character. Sheffield’s not dirt cheap but you do feel like there’s opportunity for people to be creative in a way they can’t in London, because there they’re often running scared to pay bills so they have to play it safe.

T: My experience of Sheffield is largely through the kids, and I couldn’t think of a better place to raise a family. There are wonderful things like outdoor toddler groups, nature nurseries and all that green space stuff that is hard to find in a city the size of Sheffield. You really do have the best of both worlds.

What would you do to improve the city?
S: I’ll start with an obvious one: a large, well-stocked independent bookshop with a good focus on adult fiction and nonfiction, with a well-read bookseller and an events space. And then a larger thing: it’s such a shame the River Sheaf is so hard to see. I wanted to walk along it with our two-year-old from the big roundabout near Sheffield station but after a few hundred yards the path stopped. Even where new-builds are going up by the Sheaf, it doesn't seem like a public path along the river is part of the planning. The river should be for everyone. 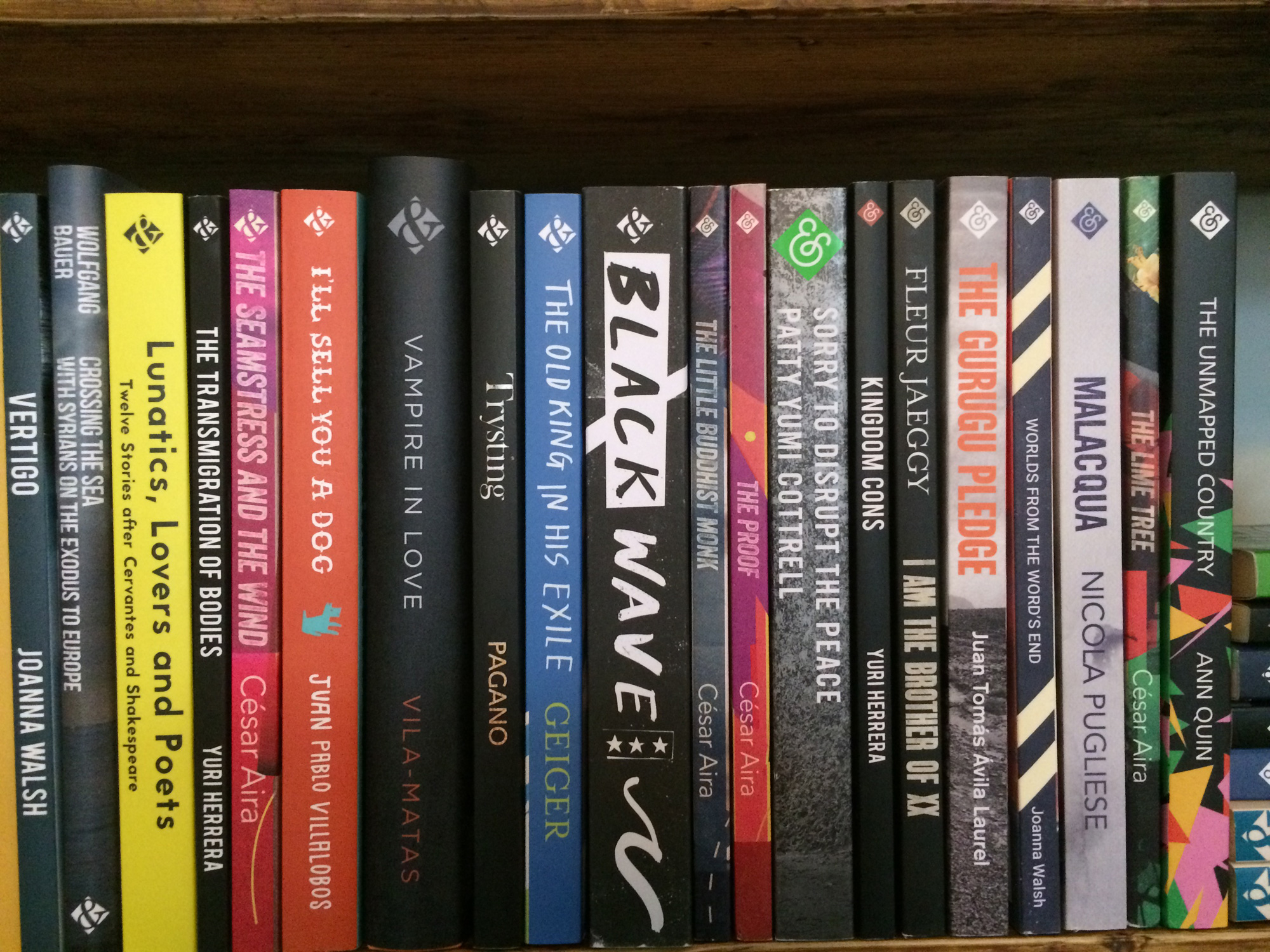 Photo by Karina Lax, courtesy of And Other Stories

Our top 3 And Other Stories book recommendations:

Ann Quin – The Unmapped Country
Originally filed alongside the likes of Samuel Beckett, experimental writer Ann Quin has been relatively ignored since her death in 1973. The stories collected here (including excellent titles like Never Trust a Man Who Bathes with His Fingernails) are full of claustrophobia and alienation but are often as hilarious as they are haunting.

Patty Yumi Cottrell – Sorry to Disrupt the Peace
Patty Yumi Cottrell's first novel is the story of a woman investigating her adoptive brother’s suicide. It’s completely devastating, but also a kind of strange and beautiful lesson in learning to be okay with the unknowable.

Michelle Tea – Black Wave
Black Wave by Michelle Tea (of 90s all-girl writers’ troupe Sister Spit) is the story of a writer editing and re-editing her life and loves while the world dies around her. It’s a tender, biting and magical meditation on “universal” stories and the creative impulse, pulling apart what we know of as memoir, all with the backdrop of a very LA apocalypse – celebrity mass suicides, dream hacking, Matt Dillon and all.

Join And Other Stories at its Reading Women Book Club on the first Tuesday of each month, 1pm at Sheffield Central Library's Reading Room. 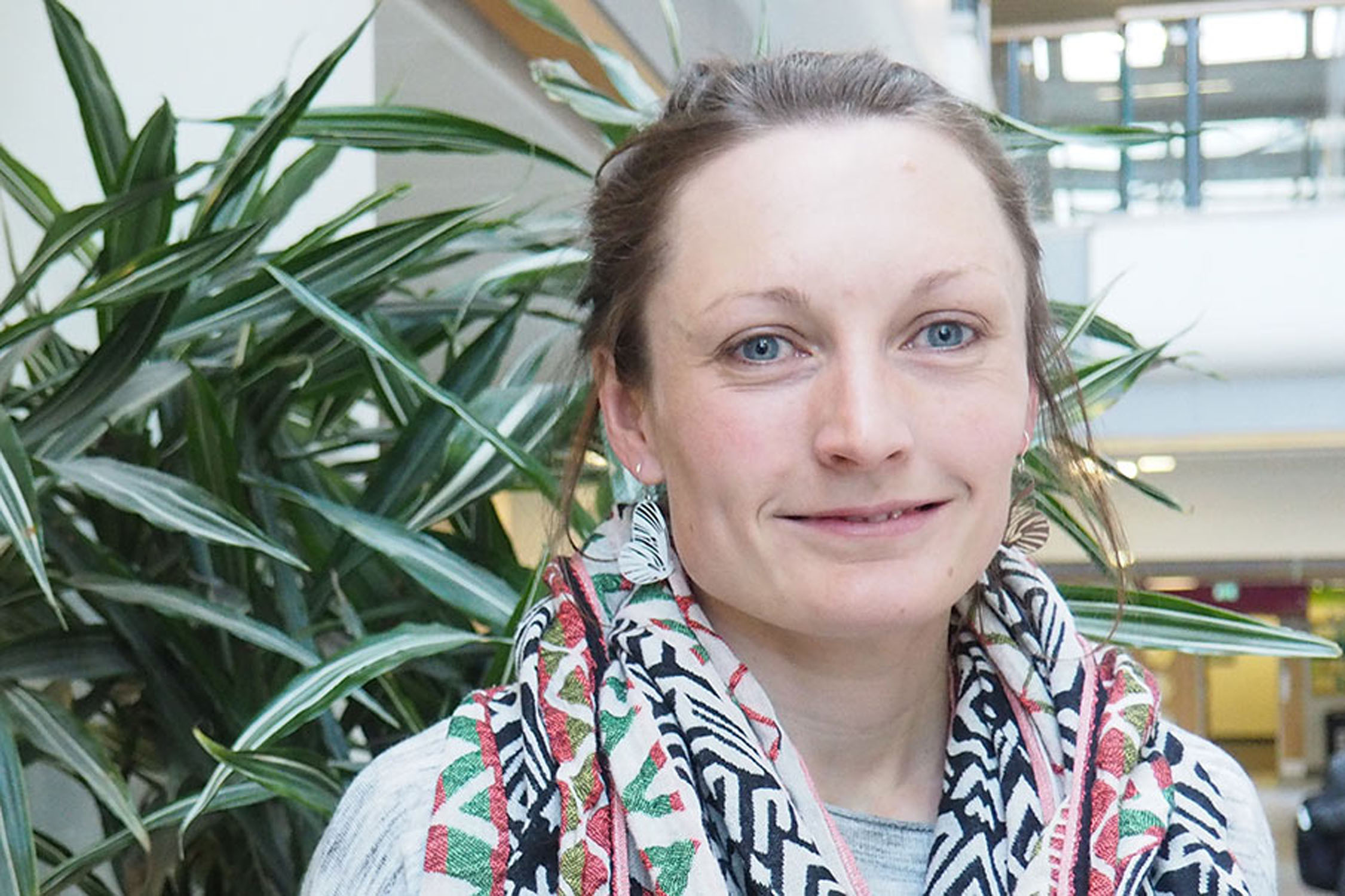 A South Yorks poet, whose candid, vulnerable and vigilant work will leave you open-mouthed. 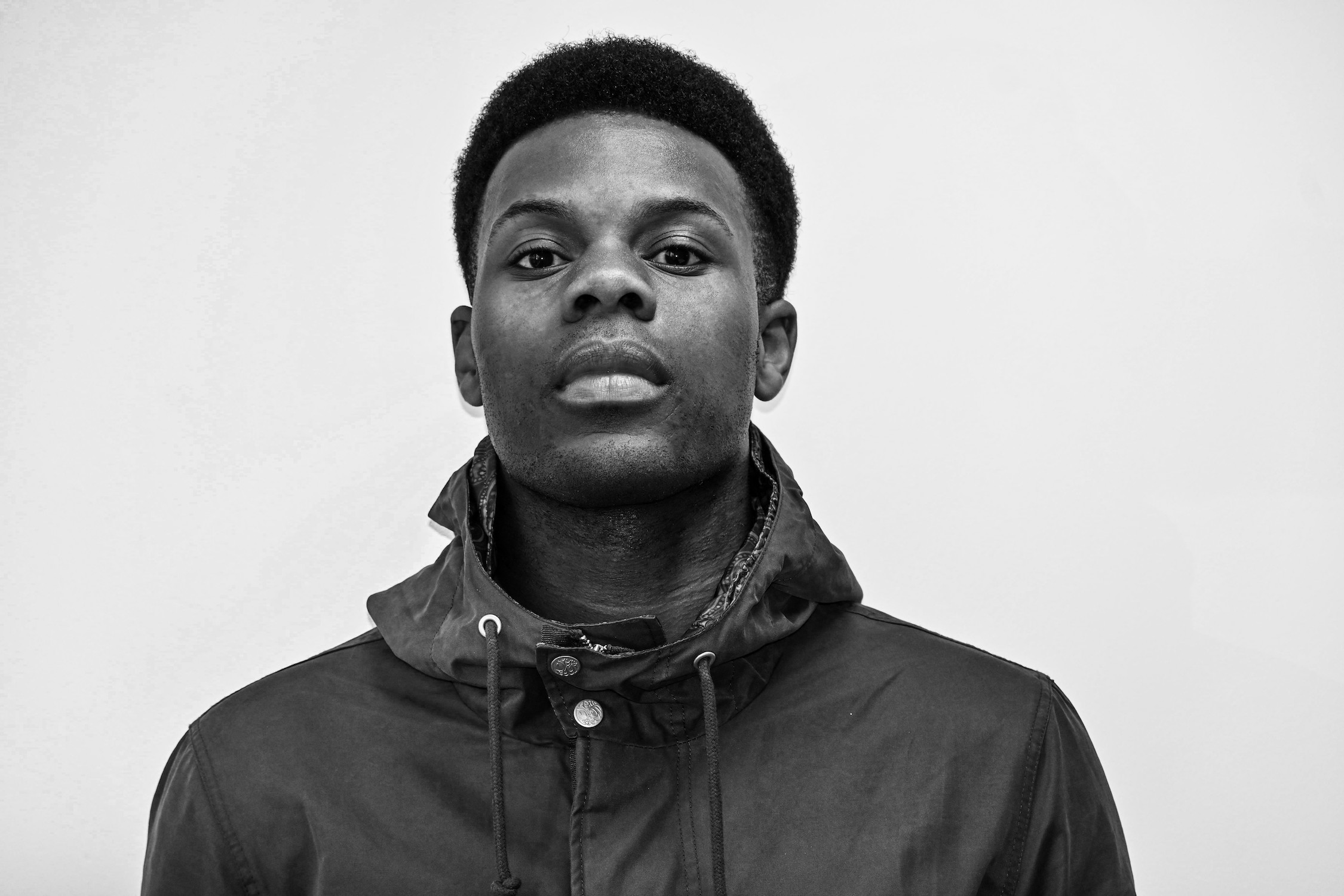 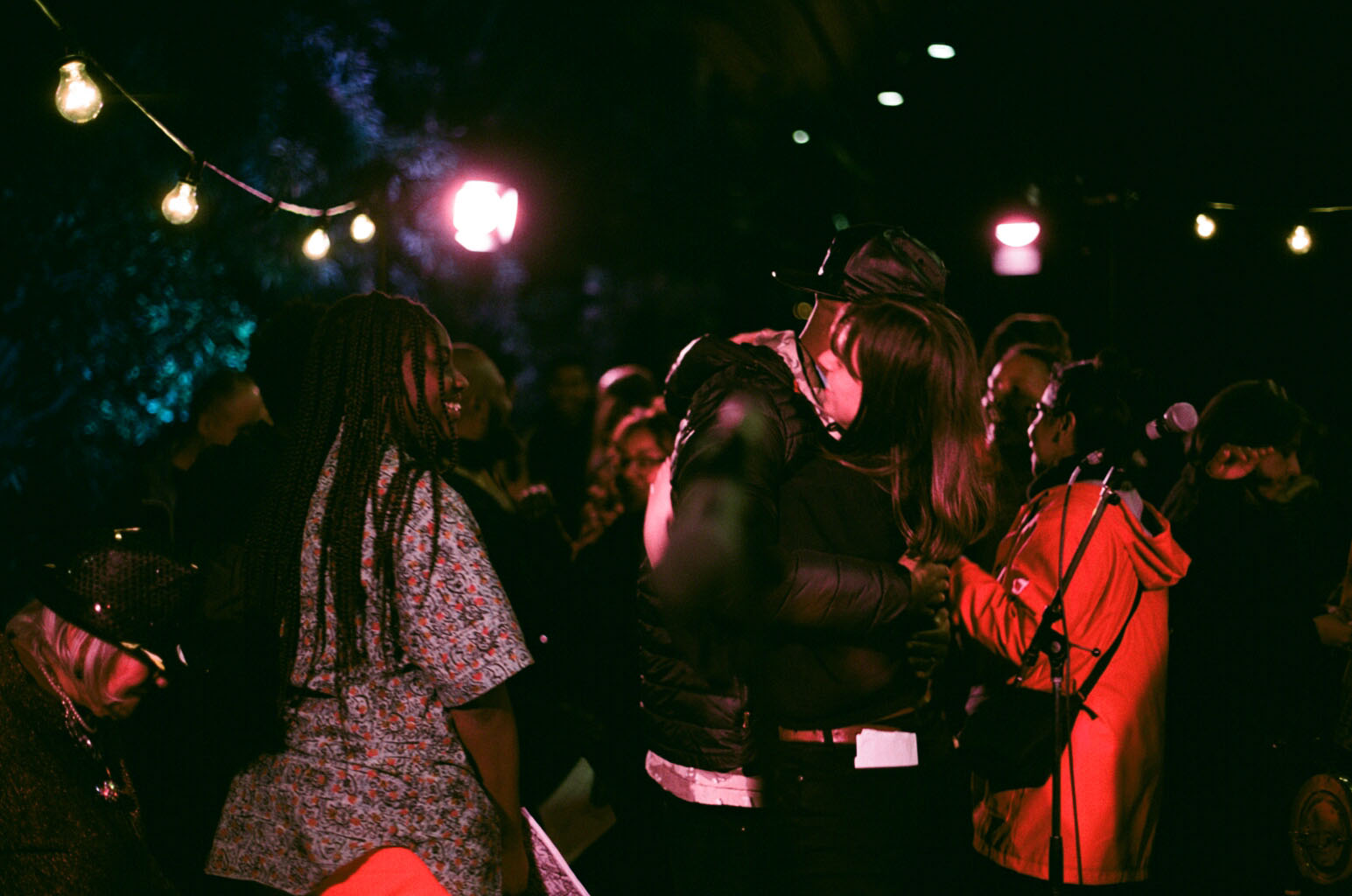 A collective of new poets from around the world – DRC, Ethiopia, Guyana, Ivory Coast, Kenya, Pakistan, Sudan, UK – who have now made Sheffield their homes. Making connections to one another and to the city, through poetry. 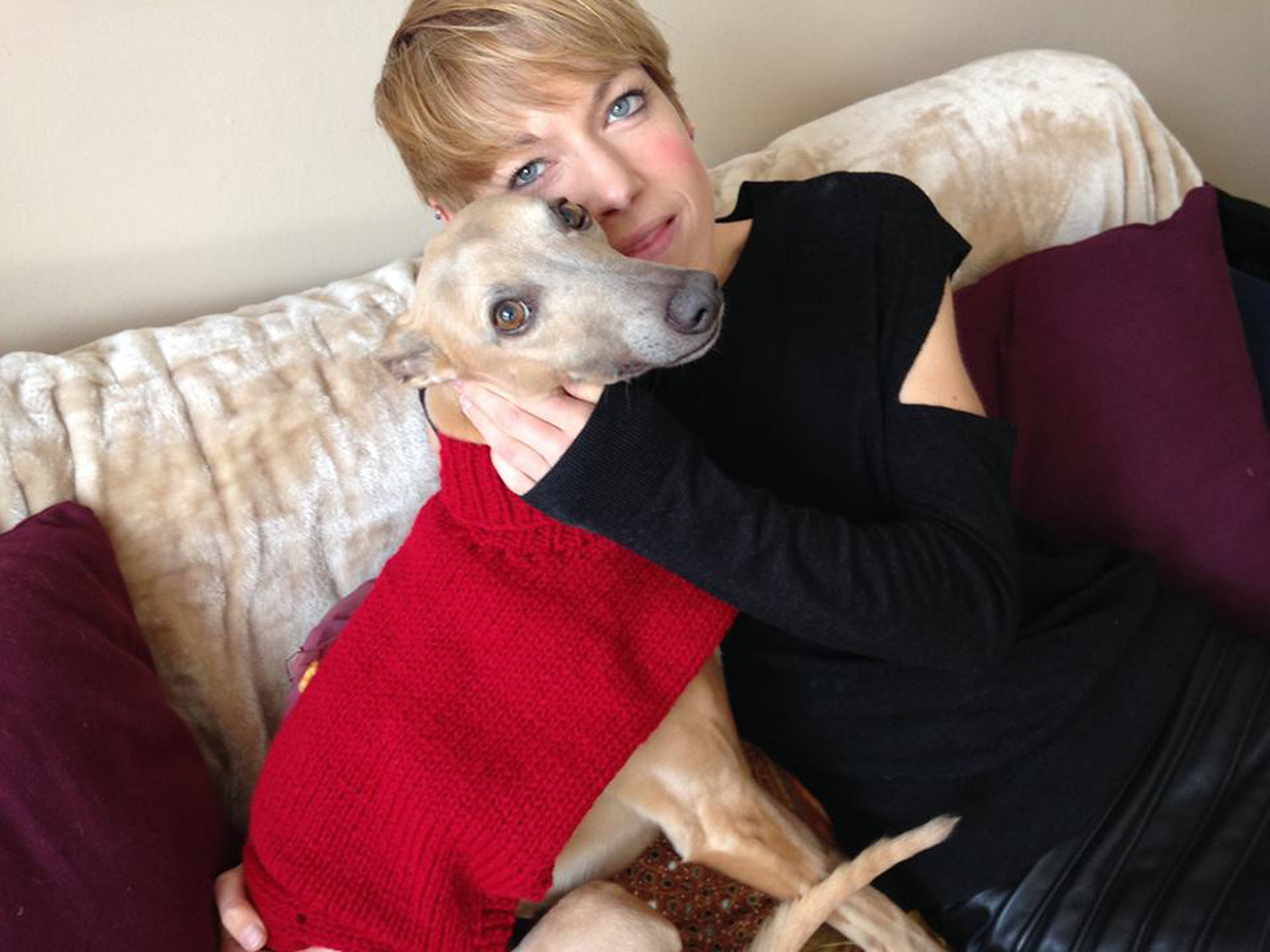 A poet with one foot in Sheffield and another in Derbyshire, who finds inspiration at the top of hills, in ghost stories, pubs, friendship, the aftertaste of whisky, the miners' strike, and in lost love.