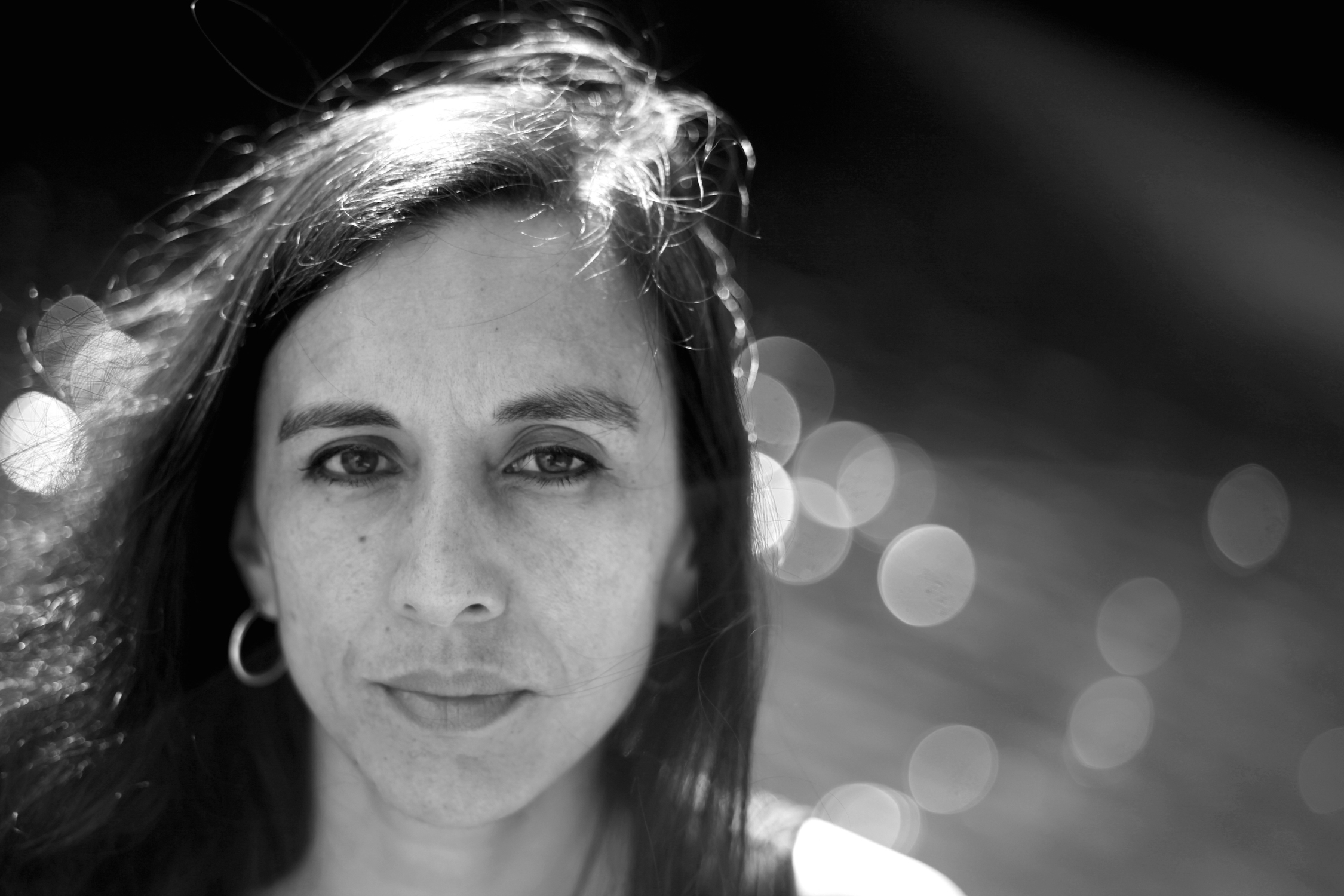 Whether made of memories and fear or flesh and bones, Eelyn Lee’s characters are powerful and mesmerising. In her visual work, the artist and filmmaker erases the boundaries between the viewer and the character. The viewer is transported to the character’s inner world, living inside their body, listening to every breath and sensing every step. Rather than restricting her subjects, Eelyn favours manipulating sounds and space to create ideal conditions for the actors’ expression. Eelyn's multidisciplinary work is a flexible exploration of race, identity and ‘othering’. Making use of the power of collective research, she challenges commonly accepted narratives of past, present and future. The previously marginalised and the 'othered' occupy their rightful place in the foreground and co-create a future where they can thrive.

Eelyn develops all of these themes further in Britishness, a creative documentary featuring poetry, interviews and discussions with leading cultural figures in Sheffield, premiering at 2019's Off the Shelf festival. The film is the newest addition to a portfolio spanning two decades of award-winning work that has been exhibited across UK including Barbican, Tate Modern, National Portrait Gallery and Whitechapel Gallery as well as internationally in Paris, Berlin, Bogotá and Toronto.

How would you describe your work?
I’m an artist and filmmaker. Much of my work is made through social engagement, which means I collaborate with all sorts of people to devise, develop and produce the work. Many of my collaborators include groups of young people, so my latest film Britishness – a collaboration with young writers in the city – is a continuation of this practice and builds upon other film projects such as Beneath the Hood, a film portrait of young people excluded from school in Hackney; Life and Deaf, inspired by poetry written by young deaf people around the UK; and more recently The River Project, a collective research project with students at Sheffield College.

These projects can last five days, three months or a year. Before starting I will build a framework for collaboration, which means thinking about what kind of spaces, activities, questions and interactions are going to spark rich ideas and generate content that will result in a film. Most importantly, these frameworks are open to change, as you can never plan for the unexpected.

Other recent collaborators have included 13-year-old girls and a group of women who have experienced domestic violence, which culminated in Futurist Women – a short film poem set in a world where women are equal, there is no abuse and you are free to be who you want to be. The film has been selected for this year’s Aesthetica Short Film Festival in York. 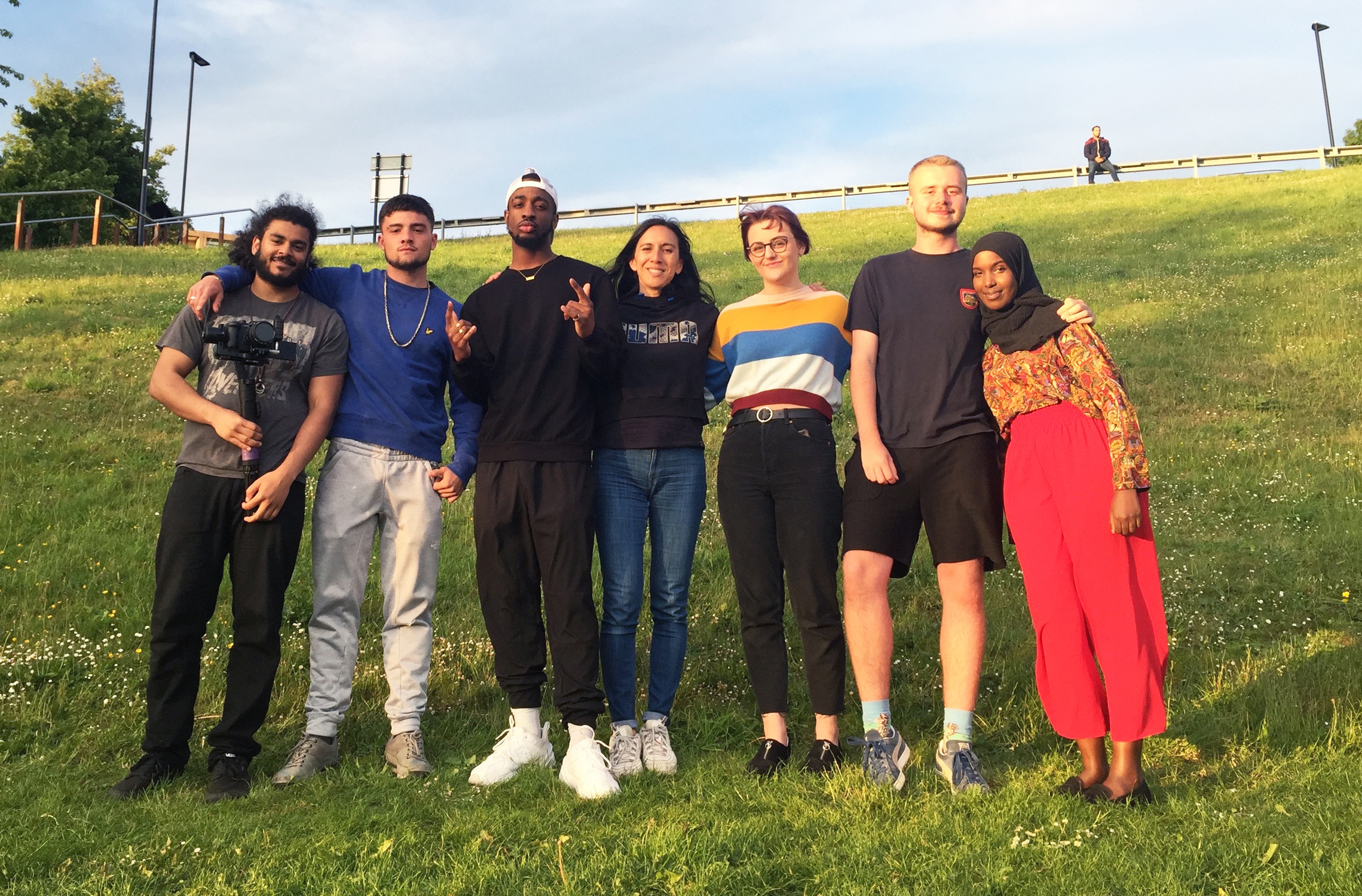 The team behind Britishness

How do you choose the themes you work with?
It’s more a case of the themes choosing me! My Chinese/English heritage has always motivated my interest in race, identity and belonging, which underlies much of my work – with the themes manifesting in very different ways. An ongoing body of work – The Monster Trilogy – explores the notion that we create our own monsters from fear and takes inspiration from Mary Shelley’s Frankenstein. When addressing belonging you have to look at the idea of ‘othering’ – who is viewed as the ‘other’ and how systems of power work to perpetuate these myths. So myth and story are important vehicles for me when exploring the themes – which stories are told and not told, and which stories we choose to believe or not believe can have significant impacts on individuals, communities and the wider world. And of course these are issues that are very pertinent in today’s climate of division.

What are you working on at the moment?
I’m currently working on the final iteration of the Monster Trilogy, a fictional feature film that's part horror, part western. I’m taking all the research from the past two films and writing a screenplay that I aim to direct and release in cinemas in 2022. On the back of Britishness, I’m developing two projects that explore the idea of global identity. One is a sci-fi film that imagines a post nation world 300 years from now. The other is a hybrid music documentary, in collaboration with Sheffield hip hop artist Otis Mensah. I also continue to act as one of the caretakers of Social Art Network, an artist-led community committed to building agency in the field of art and social practice. Following last year’s Social Art Summit, where we convened over 300 artists from around the country over two days in Sheffield, we are working towards launching a Social Art Biennale in 2021.

Who, what or where should be better known in Sheffield?
Despite more than ten years of austerity measures and funding cuts there is still great work taking place in communities around the city. Sadacca Studios and the Basil Griffith Library are reviving the African Caribbean Community Centre that has been on the Wicker since 1986. Over in Sharrow, Football Unites Racism Divides, the charity who commissioned Britishness, host football events, an annual Eid Festival and the Refugee Social Club.

Sheffield is also very good at activating alternative spaces. An example of this is Foodhall, an open public dining room and cultural hub in the heart of the city. Another great community food project is Open Kitchen Social Club. Studio Polpo recently re-activated a disused primary school in Tinsley, which now functions as a community-led space.

What would you change about the city?
It would be great to see what happens in Sheffield become more visible and joined up. The revival of the Sheffield Carnival in Norfolk Park has been a great addition to the summer calendar. Carnival used to be a street parade from Burngreave to Sharrow – it would be so good to see carnival take to the streets again, linking two vibrant areas of the city in a very public way. Sheffield was also the first City of Sanctuary. It would be good to see it become a model city of integration and inclusion and, in turn, let us see that reflected back at us. It is often a reductive image of the city that is outwardly promoted yet we the city are so much more than that. There are communities in Sheffield who are rarely included in its narrative – let’s change that! 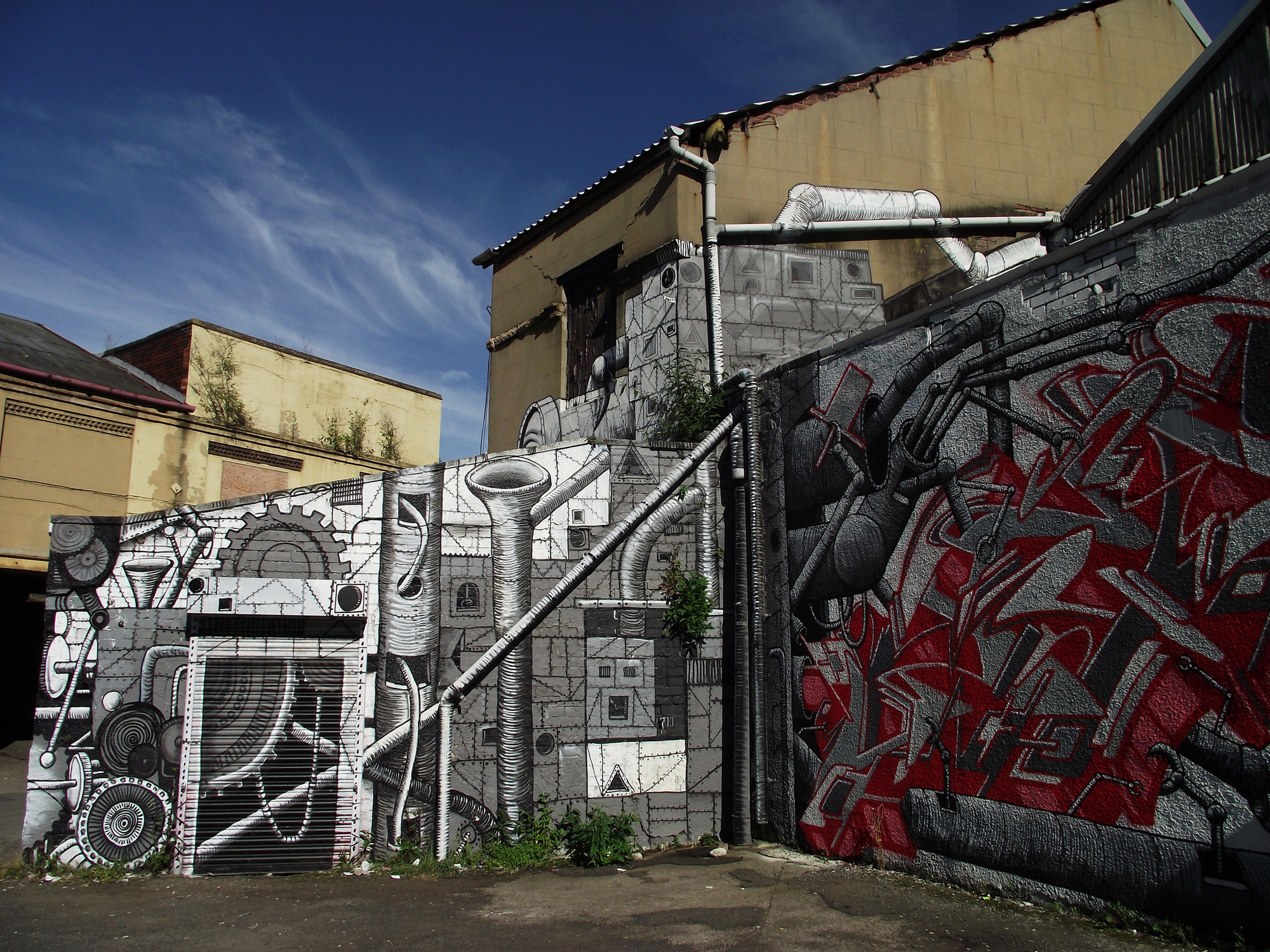 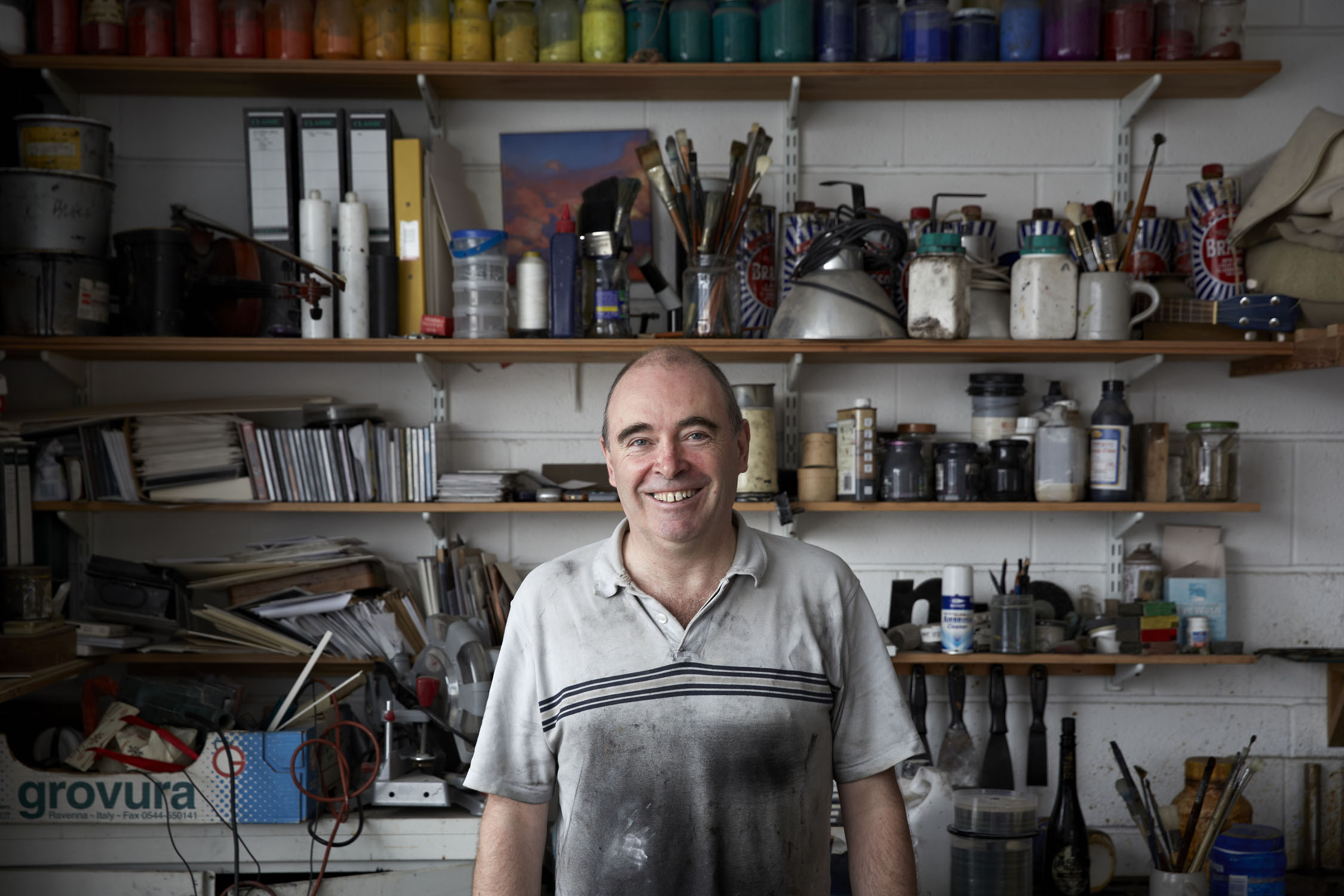 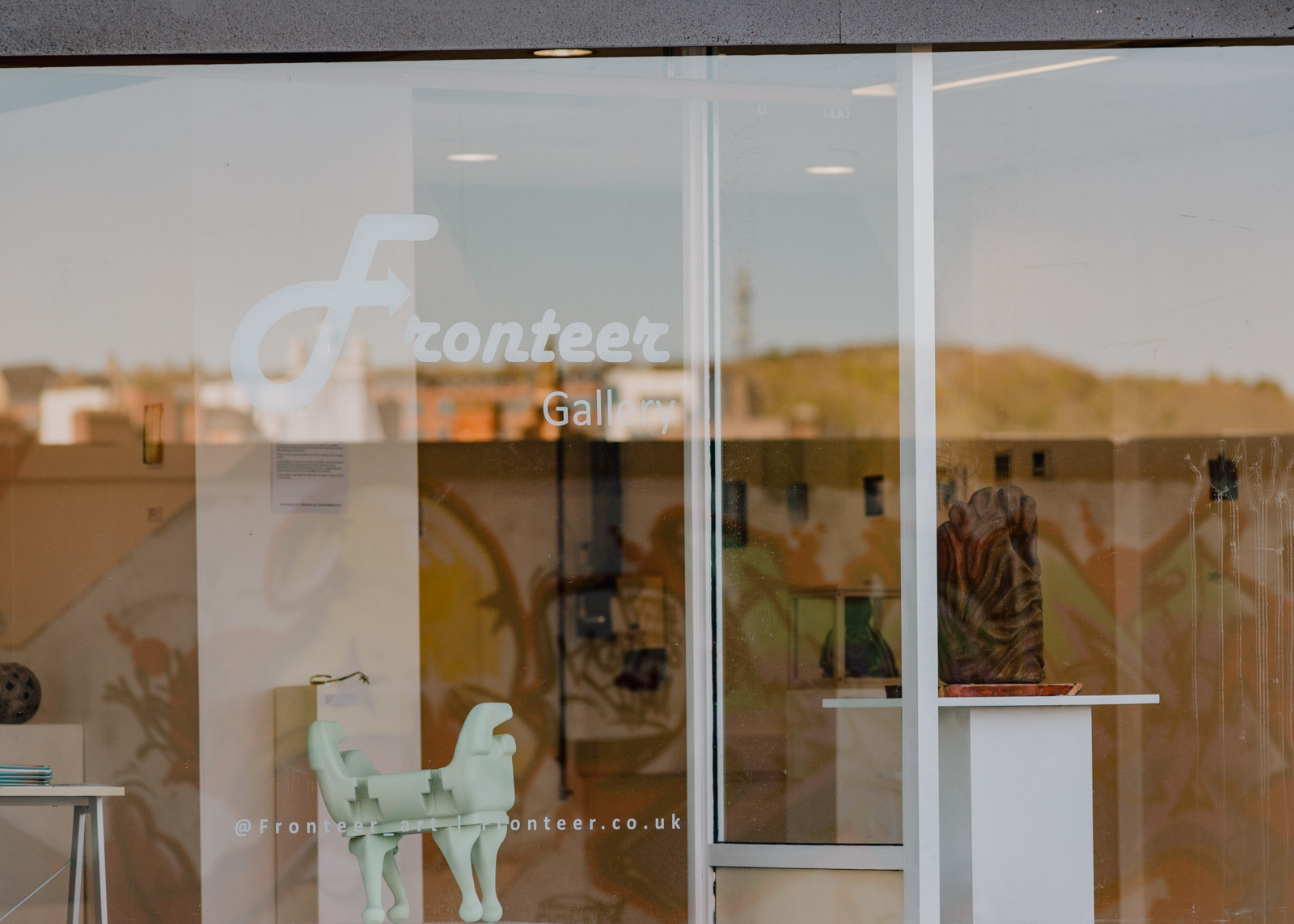 An artist-run showcase for contemporary art in Castlegate. Fronteer offers space to display, view and buy original artwork in a welcoming environment. Look out for upcoming exhibitions.