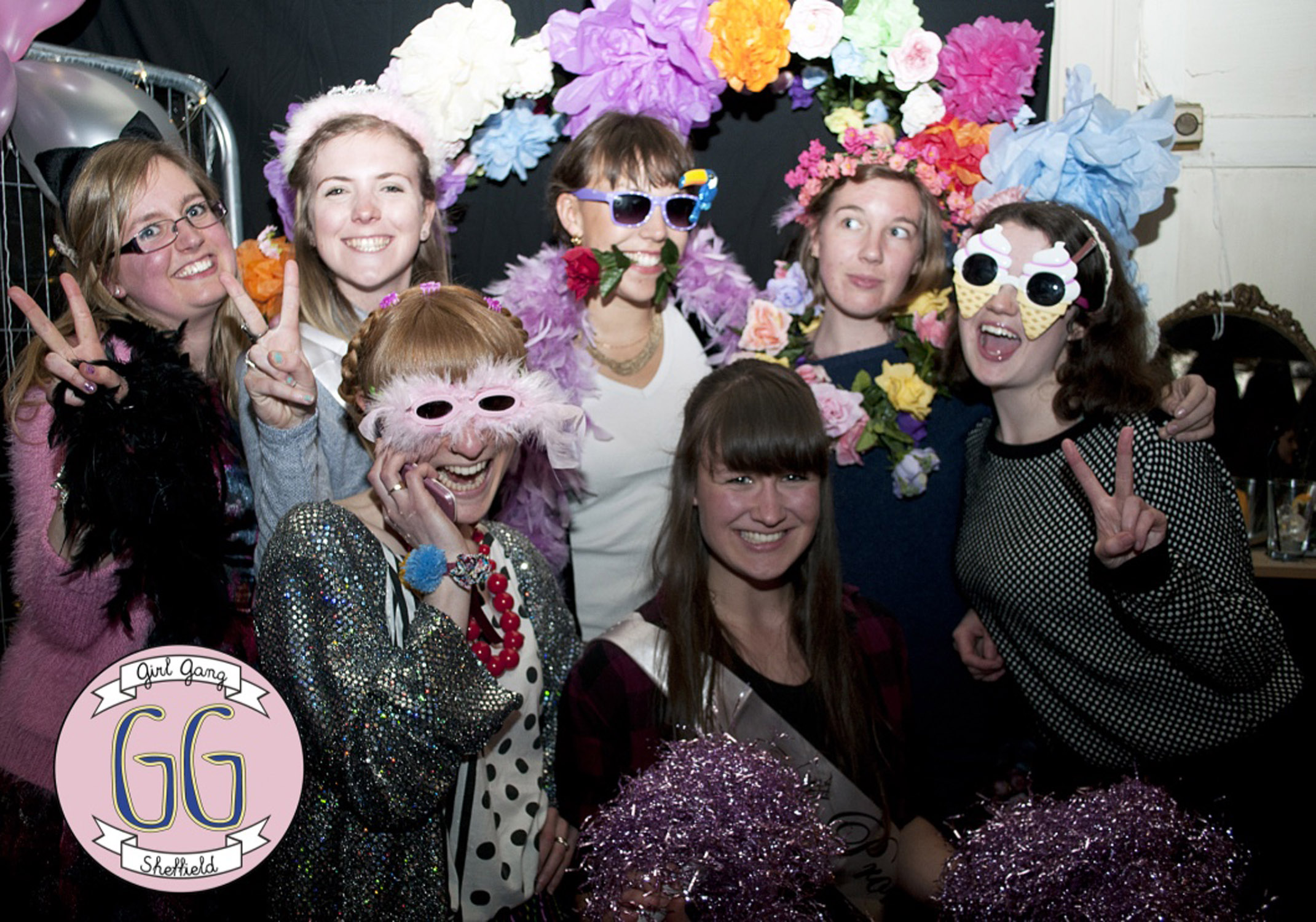 Girl Gang is a collective of creative, focussed and exciting women, dedicated to bringing immersive cinema screenings to the good people of Sheffield. Inclusive, energetic, inspiring and fun as hell, Girl Gang is one of best new cinema experiences to come to Sheffield, and since starting out they've expanded into hosting gigs, speed-mating events and more. We caught up with the minds behind it all to find out what inspires them.

Tell us about yourselves.
Vanhessa: I’ve been DJing for nine years and run clothing label THECREEPSSTORE. I’m from the Philippines but definitely see Sheffield as my home.

Ellie: I'm an artist and workshop facilitator specialising in stop motion animation and prop design. I run immersive community cinema events for families with Handmade Cinema. Megan and I have been best friends for 15 years.

Megan: I'm a theatre director and producer with Pull Your Finger Out Productions, I work in arts marketing and currently live in Manchester. I was born in Sheffield and came to sixth form here, so I'm not a total imposter!

Kaz: I'm a writer and editor. In May I had a bit of an epiphany. I wasn't feeling like myself, wasn't getting the support I needed. My job was stressing me out, my best friends were miles away and I wasn't doing anything creative with my free time. I stumbled across the Girl Gang Sheffield manifesto (see slideshow above) and immediately knew that's what I'd been looking for!

Why did you start Girl Gang?
V: The idea came around after I approached Ellie about creating a screening to coordinate with the launch of my Mean Girls-inspired clothing line. The conversation went from that to a discussion about the difficulties we’ve faced making connections with other creatives as young businesswomen in the city.

E: We quickly realised that this wasn’t going to be a small screening, but a full on female-fronted takeover!

C: We want to find the people who are doing awesome stuff or want to do awesome stuff, and throw them together to make something beautiful.

M: It's about putting female friendships centre stage and celebrating the importance of surrounding yourselves with people who make you feel good about yourself. Popular culture is terrible for pitting women against one another. We want to get rid of that and encourage people to have one another’s back. As our manifesto says: "someone else's successes are not your failures" – we really are stronger together!

Tell us more about your manifesto.
V: We want people to feel included and supported, and believed that introducing ourselves with this manifesto at the foreground would be the most open and honest way to start. A lot of what we are trying to do has its roots in the DIY punk feminism that was promoted during the riot grrrl era, so it's very much a nod to that influence.

What are you most proud of with the events you’ve put on so far?
C: People's reactions. I've had some really touching conversations at events about how Girl Gang has created a safe, friendly and uplifting atmosphere.

K: Groups of women who’d been friends for years came to the first screening, along with others coming on their own as a way to meet people. It’s great we can create an environment for women to both strengthen and celebrate existing friendships, and cultivate new ones. We are all about reaching out and getting people involved.

V: It's worth mentioning our award as well (Girl Gang won Best Single Event at the Cinema For All Awards for their Mean Girls screening). Even though it's a bit self-congratulatory, we’re all proud of what it represents – not just for ourselves but for the fact that it highlights the impact of Girl Gang on a national scale.

E: Some Destiny's Child and Beyonce would be in there, but also anthems like Kelly Clarkson – Since You've Been Gone, and Paramore – Misery Business. I thought they'd had their day, but screaming the lyrics along with tons of other girls at our Babes Parties has brought so much more power and joy to these songs!

K: Definitely Robyn – Dancing on My Own. That bedroom dance scene in Girls is iconic.

What inspires you?
E: Funny women like Amy Poehler, Lena Dunham and Tina Fey. Not only are they bosses of their shows but they create and represent more varied roles for women on screen. They seem to effortlessly combine being in charge with being likeable and warm – something the media continually implies is impossible for women to do, which is blatantly not true.

C: The tenacity and strength of the human spirit. For me, connecting with people and seeing them feel comfortable enough to be completely open, without fear of reprisal, is truly inspirational.

What do you love about Sheffield?
E: The city is full of talent, and I think that’s what gives Sheffield a great creative scene and such a special atmosphere.

V: Sometimes it can feel like a little village masquerading as a big city, but that's its charm. If you have an idea, a dream, a goal in this city, and you approach it with honesty and a real desire to do something good/interesting, this city will always have your back. That's the beauty of Sheffield: it thrives on helping people be successful, and we celebrate together when it does.

What would you do to improve the city?
C: There are people doing incredible creative work and helping the community, but not a lot of accessible space in the city centre. It'd be great to have the number of opportunities match the amount of talent we have.

E: Although there is so much talent in the city and so much going on, it can sometimes be difficult to find out about people, exhibitions, events, etc. if you aren't in a particular scene or group. Publications such as Our Favourite Places really help and have played a big part in starting to change that. 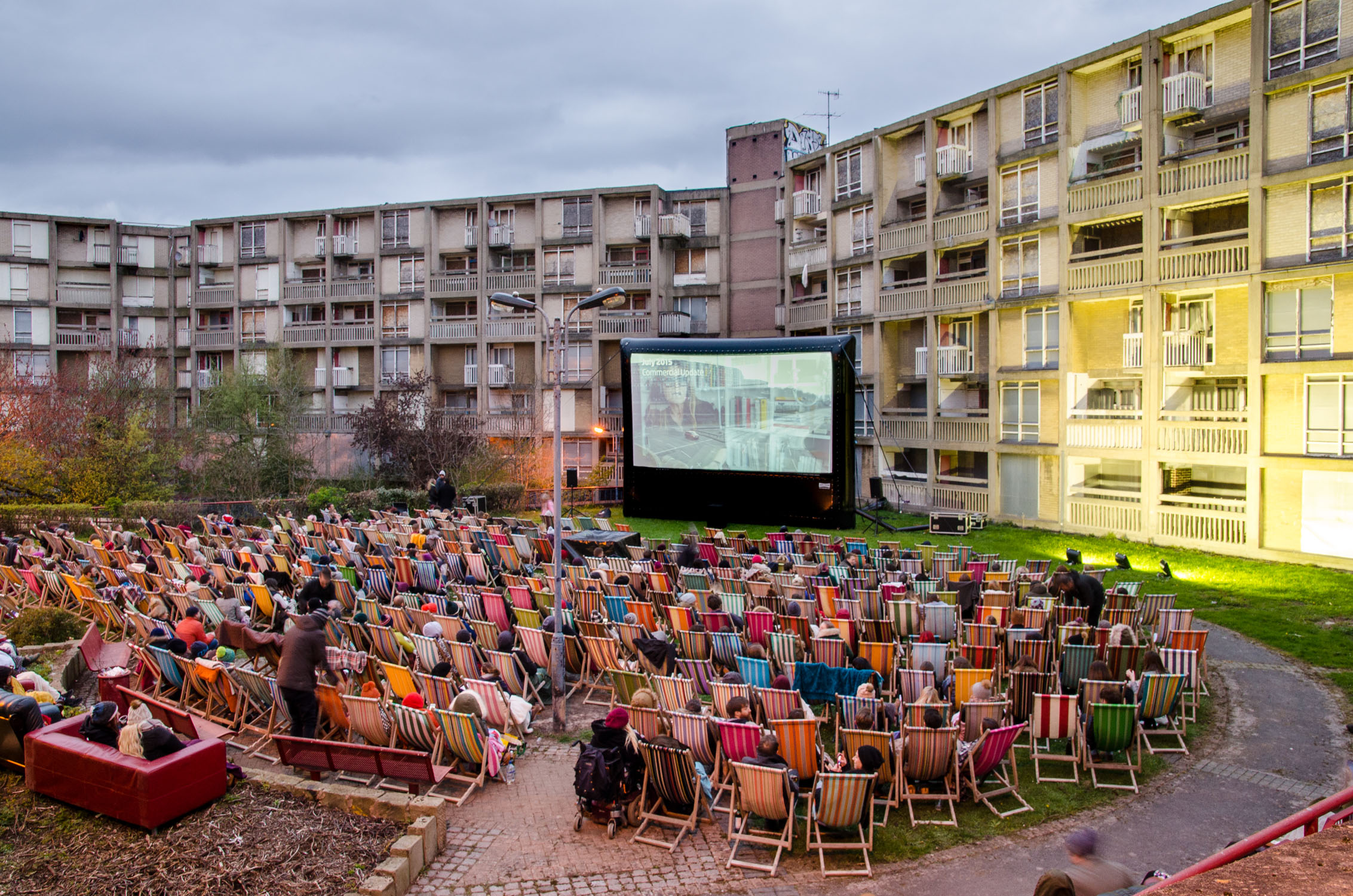 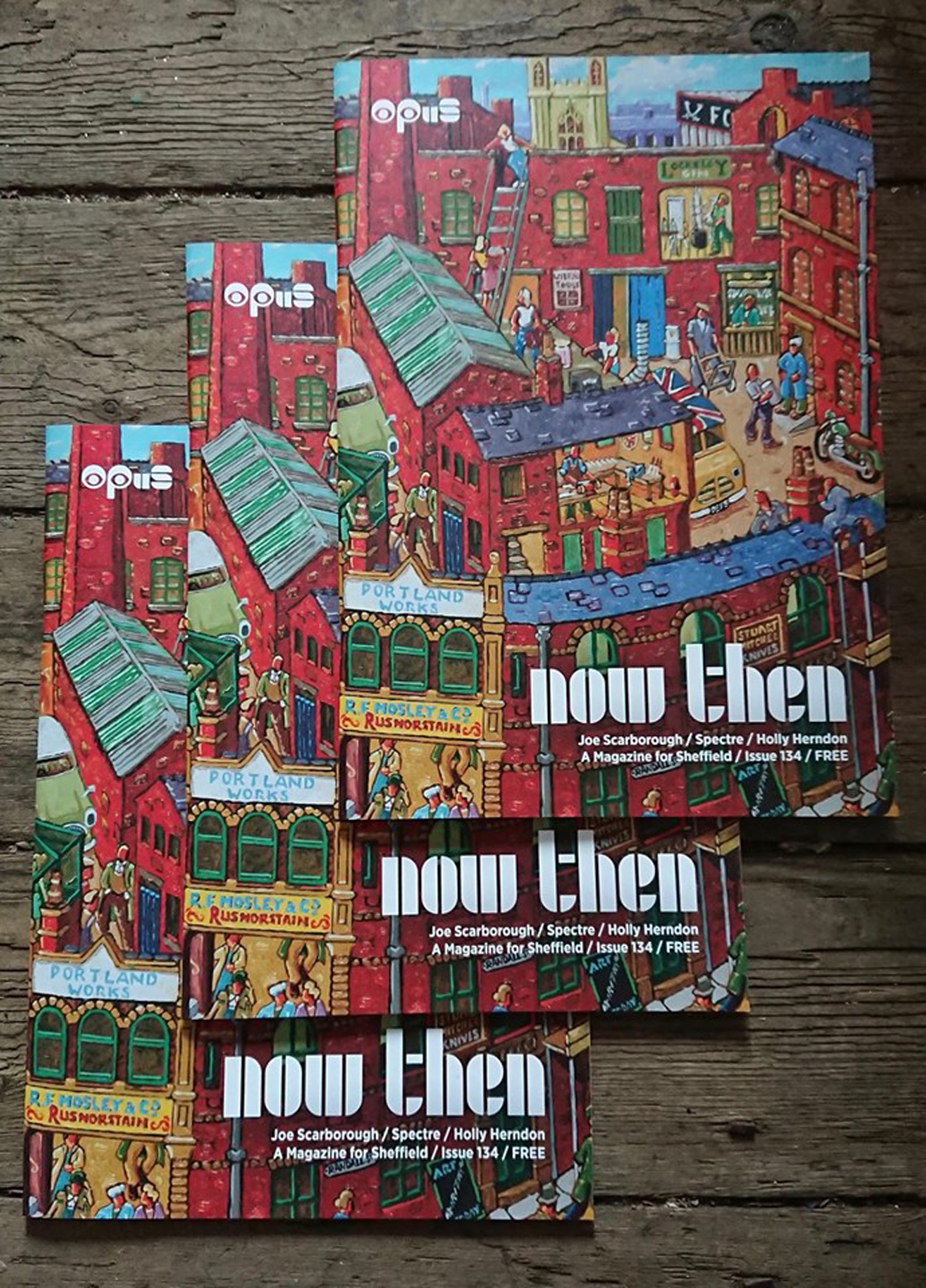 "A force for good in Sheffield." Opus has been giving platform to ideas for change in since 2008 – whether that's through Now Then magazine, Wordlife, or Festival of Debate. 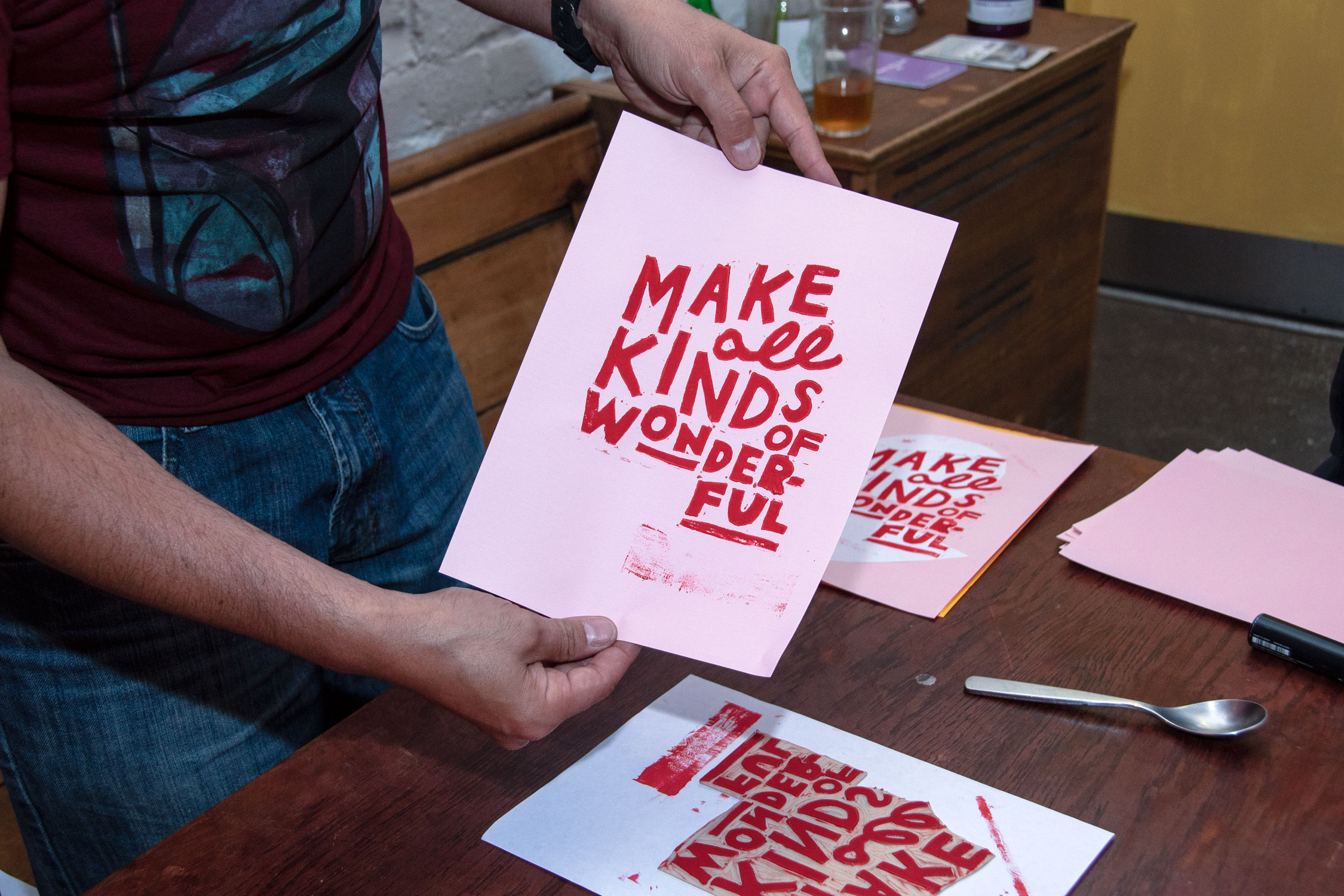 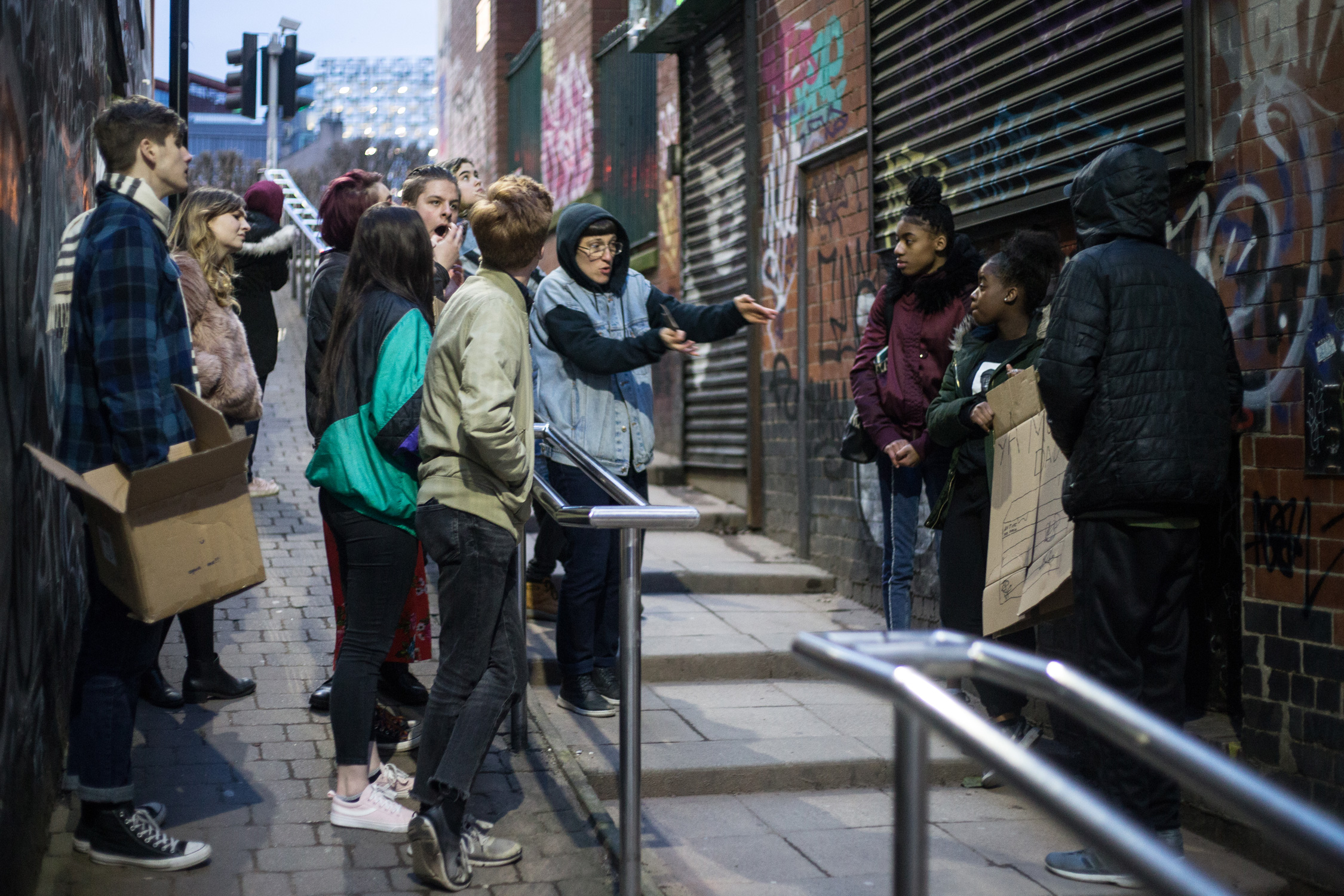