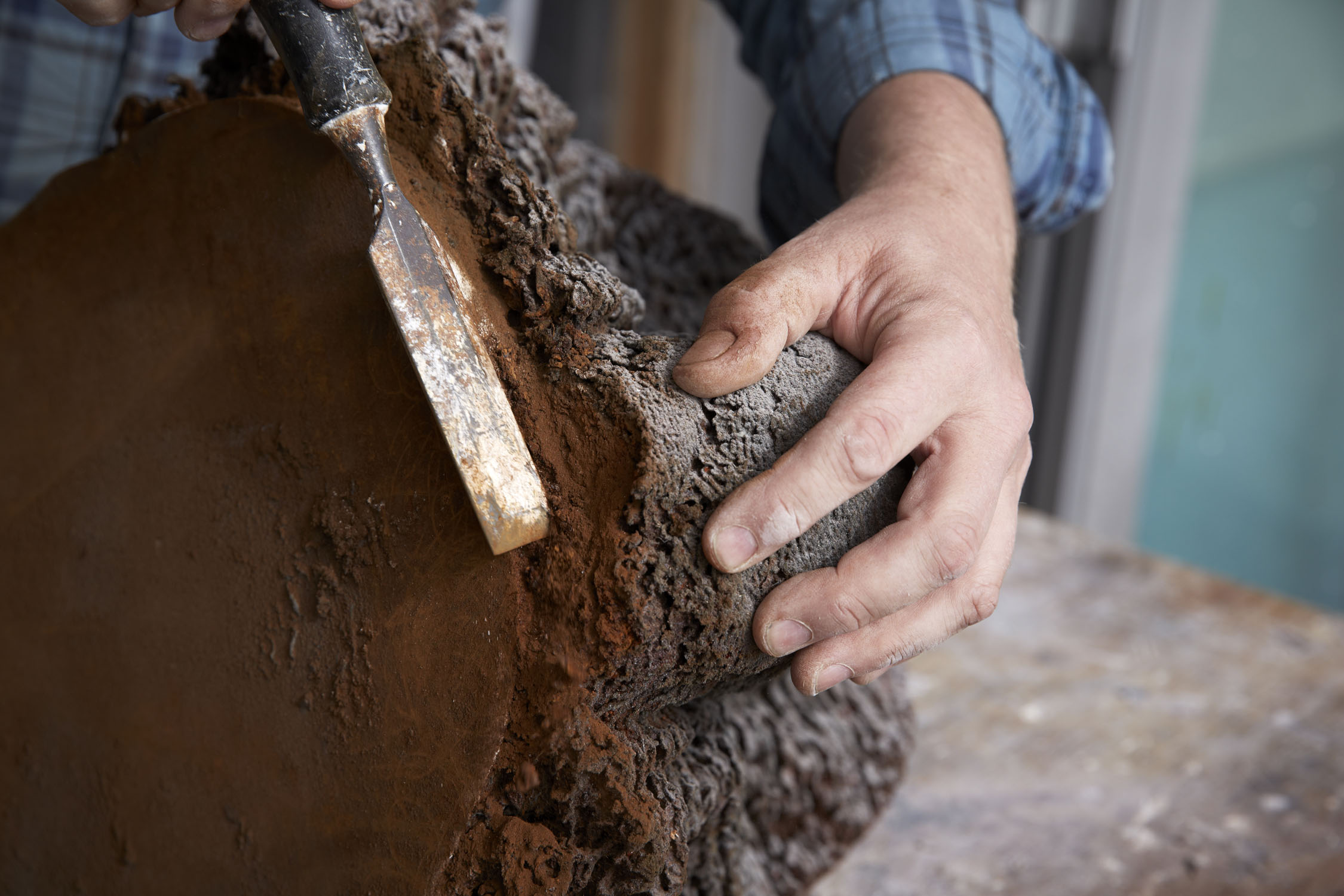 We’ve long been intrigued by Anthony Bennett’s work, so we couldn’t wait to get inside his studio during our trip behind the scenes at Yorkshire Artspace. Anthony has spent the last 30+ years collaborating with other artists, musicians, film makers and academics.

One of his recent collaborations – with Brian Alcock, Sheffield’s last jobbing grinder – was Swarfhorse, a city-wide exhibition featuring 11 sculptures made from swarf (steel, dust, sweat, grease and stone) collected as Brian worked. Watch the video below, made by Shaun Bloodworth with a soundtrack by In The Nursery.

Anthony’s long-standing collaboration with Turner Prize-nominee Yinka Shonibare has resulted in some incredible artworks, including Yinka’s half-human, half-animal Revolution Kids seen at Yorkshire Sculpture Park in 2013. Anthony’s neighbour at Persistence Works, Jennie Gill, let us in on a secret – the hands of Yinka’s pesky fox were taken from casts of Jennie’s son. We do like a group effort!

Another collaboration, with the University of Sheffield's Professor Vanessa Toulmin, earned Anthony the moniker of the Showman Sculptor, as the duo worked on projects for Blackpool’s Showzam festival, London’s Wondershow and Sheffield's Festival of The Mind.

Anthony is one of the 60+ artists who open their doors at the annual Yorkshire Artspace Open Studios. That's your chance to peek into this fascinating place and to meet the Showman Sculptor himself.

How would you describe your work?
I am a figurative sculptor, using age-old as well as the latest, modelling, moulding and casting techniques. My work is constantly changing, responding to events, situations and opportunity in the city.

What inspires you?
People, their relationships, their enthusiasm, and injustice where I see it.

What’s your workspace like?
After spending sixteen years in an old, cold ex-cutlery factory, with no hot water, my current studio is fabulous. It is big and affordable, and warm! – a rarity in the city.

What do you love about Sheffield?
The people, the topography, the heritage…

What would you do to improve the city?
Where do I start? I am very involved in trying to make things happen in the cultural life of Sheffield. The first things we have to overcome are insecurities and suspicion. Then we can get everyone pulling together. 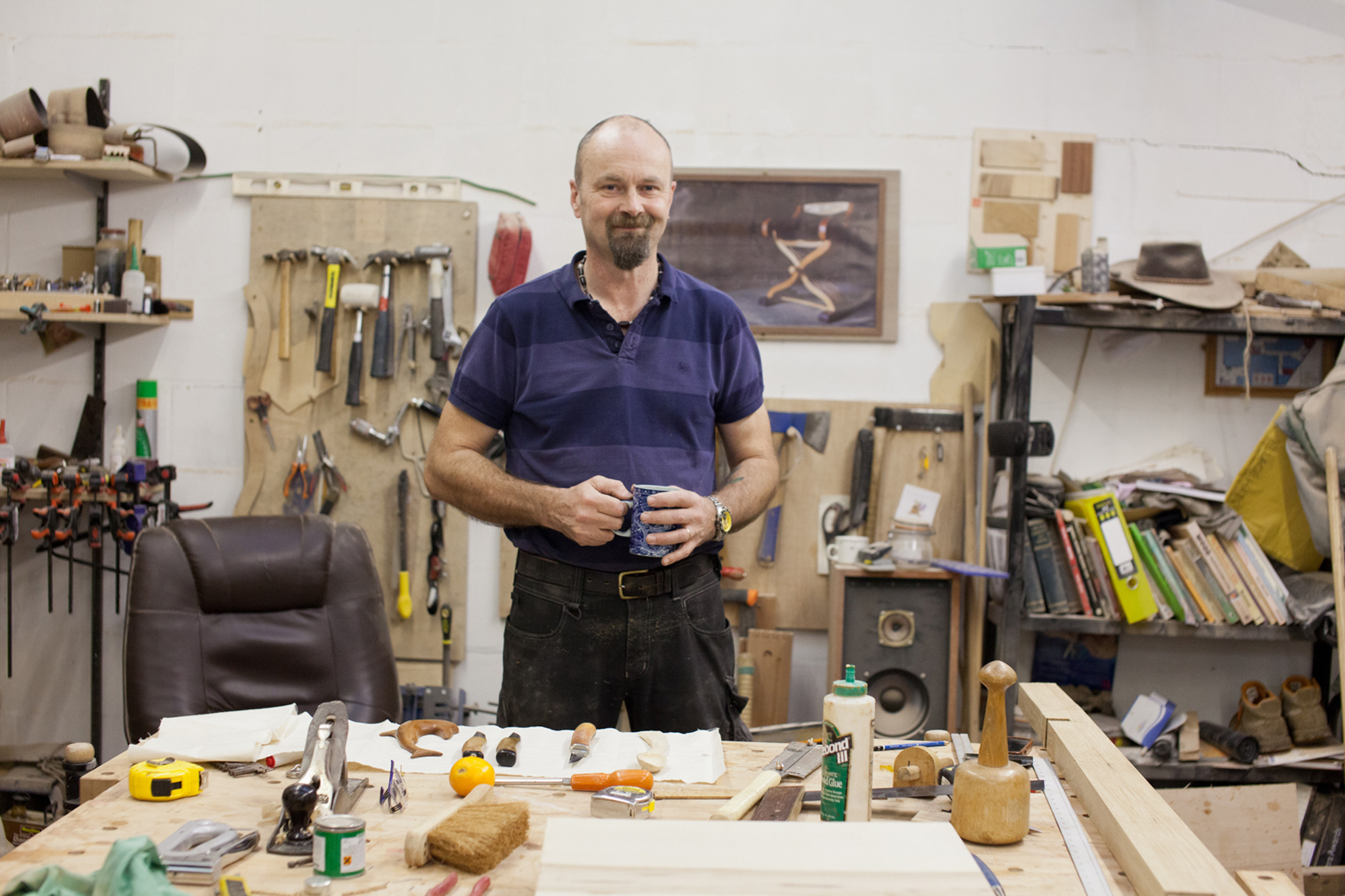 At his Narnia-like studio, Henk turns tree trunks into magical sculptures and pieces of furniture. 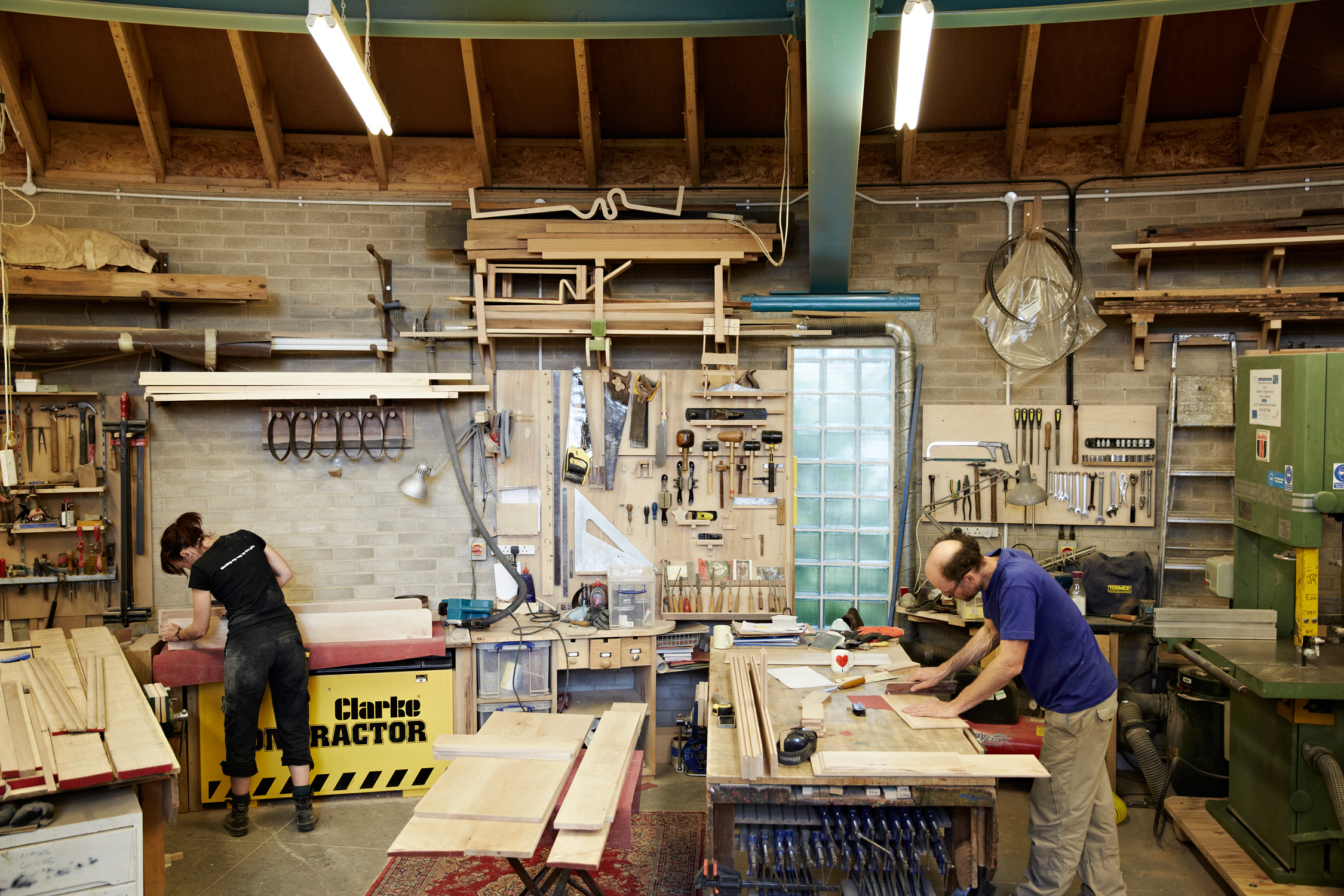