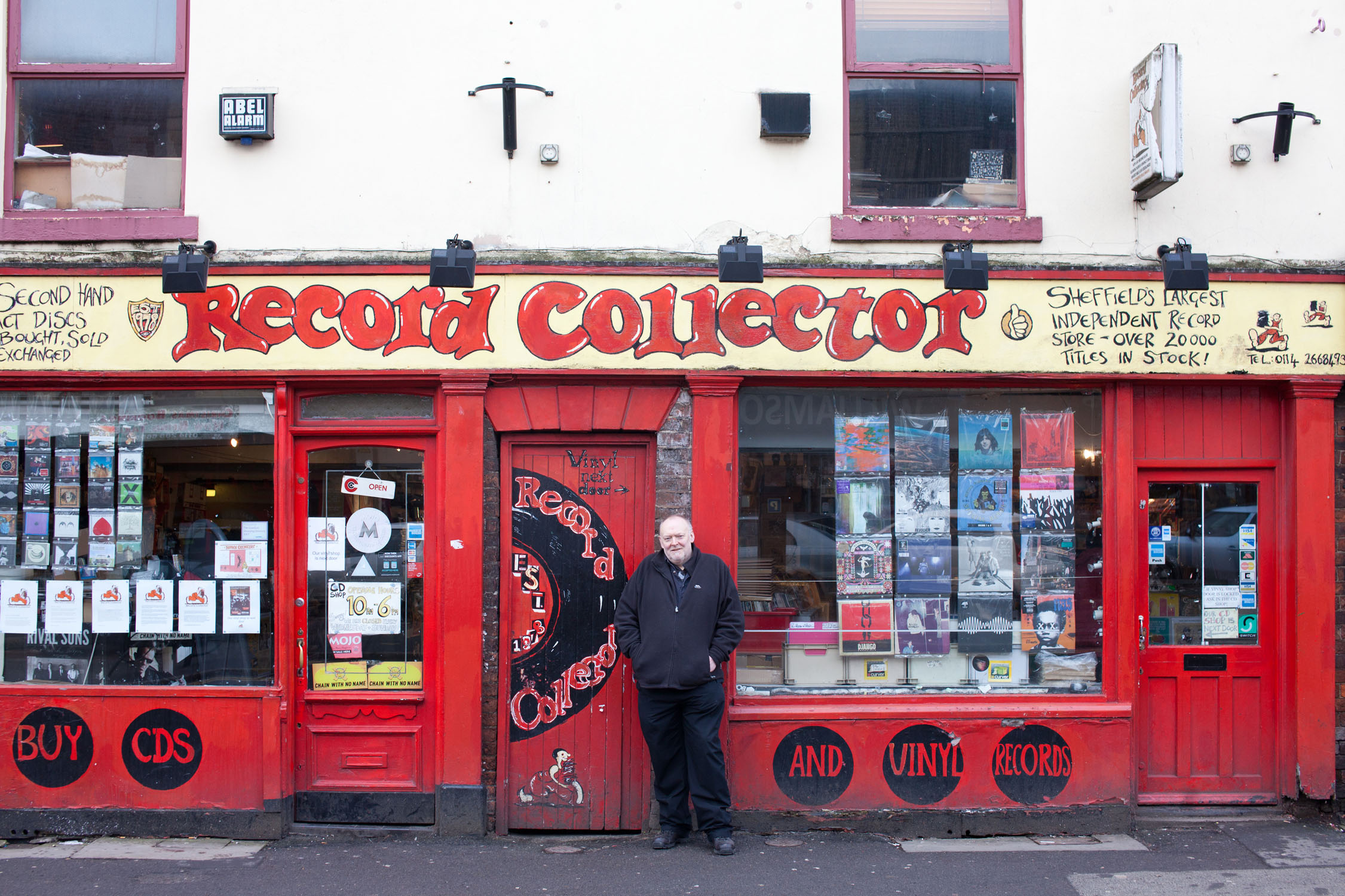 Broomhill music lovers’ mecca Record Collector has been at the heart of Sheffield’s music scene for nearly four decades. Beloved of everyone from Pulp’s Jarvis Cocker to Def Leppard’s Joe Elliott, its selection of the latest vinyl releases, obscure secondhand CDs, and everything in between, makes it a cornerstone of the city’s cultural life.

But as well as being a local institution, Record Collector is a recognised national treasure too. Its history was documented in Last Shop Standing, the official book of Record Store Day 2010, and the shop’s 400-strong Record Store Day queue has since featured in the Last Shop Standing film, helping to cement Sheffield’s reputation as a musical epicentre worldwide. We spoke to owner Barry Everard about the Record Collector story so far.

Can you tell us how the shop started?
I opened it, so I’m the sort of continuity through the whole thing, in July 1978. I had been managing Virgin Records in Sheffield for a few years and I guess doing that gave me the confidence to see if I could open a shop myself. So I opened the shop up in the Broomhill district because at the time it was the epicentre of student activity and university life.

What were the challenges of opening a shop?
Self-belief really, because you’ve got to believe it’s going to work. But 1978 was obviously a very different time to today in that there was two or three TV channels, no internet. Your range of choices for entertainment was fairly limited. TV went off around midnight if you were lucky, so a lot of people would go out and see bands and a lot of people would play music. A lot of bands were able to make a realistic living out of it so I opened the shop up and it became an extremely popular with students. Somebody said this shop was in the best position for any record shop in the country because we were so in the middle of the student area.

How has the shop had to adapt over the years?
An initial change was the record companies stopped putting out their releases on vinyl, which therefore forced everyone to go into CDs. The country lost a lot of record shops at the time of the switch from records to CDs because the record companies embarked on a propaganda exercise, basically telling the public that the records they had been listening to for years were rubbish and inferior and scratched and nasty.

It was an exercise that could have been handled possibly a little more sympathetically. Poor shops were suddenly sitting on all these records because they had been the only format, and they were now facing this propaganda that records were inferior, and they had to somehow sell the records they had and get into compact discs. It was the only way they could continue.

Was the future of Record Collector ever in doubt at that point?
Definitely not: CD sales were very strong. The first major problem we came across was in terms of market share. The record companies, rather than valuing the network of record shops that they had, seemed to want to either undermine them or divert some of their traffic by embracing the supermarkets. Which on one level is great for the record companies and the artists involved, but it led to a lot of people not going to record shops anymore because for a lot of people the only thing they want is big new releases and albums in the charts.

We’ve got here access – they’re not all displayed – to about 50,000 vinyl record titles and about 25,000 CD titles. No supermarket is ever going to stock more than a couple of hundred titles and as years go by they stock less and less. But that did a lot of damage to footfall and people going to record shops as a habit. Since then we’ve had to adapt to the internet which has been a bit of a doubleedged sword for shops like this. The downside is you lose some trade to the internet. The upside is that we’ve been buying vinyl since 1978 and a lot of it has been too specialist for the Broomhill area or Sheffield even. Sometimes you have the stuff where you think, "How will you sell this? It’s too obscure", and then up comes the internet and you suddenly find that you’re sitting on a lot of stuff that the internet really needs. Things that won’t sell in Broomhill, you put on eBay and find that you can sell them in Adelaide or Argentina.

How do you feel when you get new vinyl record shops opening in Sheffield?
When I started there was probably 40 record stores in Sheffield. I happen to be the last sort of substantial one but others opening up, they’re probably the same as I was – enthusiasts, fanatics, people who believe music is important, people who want to make a living listening to the music they like and selling music to people, brightening people’s lives. Honestly, there’s no enmity there at all. It’s healthy to actually have record shops back again.

Records are fashionable. Every day we’ll have examples of people spending £20 on a vinyl record without thinking about it, and you’ll have other people in the CD shop who’ll be agonising over spending £2 on an old second hand Oasis or Radiohead CD, or whatever, going "Oh, should I? Should I?" They think £2 for a CD is expensive and £20 for vinyl is just fine. People do sometimes forget that we sell a lot of CDs for about the price of half a beer in one of the more expensive pubs.

How important is it for you to engage with the music scene locally? I noticed you had Drenge in recently [for an album signing].
That was nice, yeah. We asked Drenge if they’d like to do it and they said that they’d like to do it on day of release. It was well attended but I think the power of that will be more down the line when people go, "You had Drenge here? Doing a signing?" People won’t believe it but they’re the sort of people that didn’t realise they were getting served by the Arctic Monkeys when they went to the Boardwalk to see a band, and the Arctic Monkeys were the bar staff.

I think it would be a real shame if a local artist, a local band, couldn’t aspire to see their record, either self-pressed or on a major label, in their local record shops. It’s part of the pride, going to your local shop and seeing yourself there, it’s ambition, it’s something to aim for. The shop has always supported Sheffield artists and it’s always been a meeting place and a crossroads for Sheffield bands, and fans of the bands.

One final question: what’s your favourite thing about Sheffield?
It’s almost impossible to say. Sheffield: it’s a wonderful, relaxing, civilised, nonviolent – in my experience – place to live, which is why I live here. Favourite things about Sheffield? Seeing the Cramps twice at the Limit club? It’s just the stuff of memories. I’ll give you a particular favourite. When I heard Daevid Allen [psychedelic rock legend] had died recently I was remembering the day that Daevid Allen and Gong turned up at Virgin down the bottom of the Moor and they plugged into the power points at the back of the shop, they put down a rudimentary stage and they played for three hours on an August evening while people were going backwards and forwards to the pub. That’s a crazy personal memory, but there are many, many others. 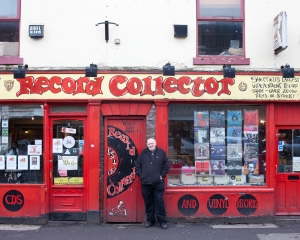 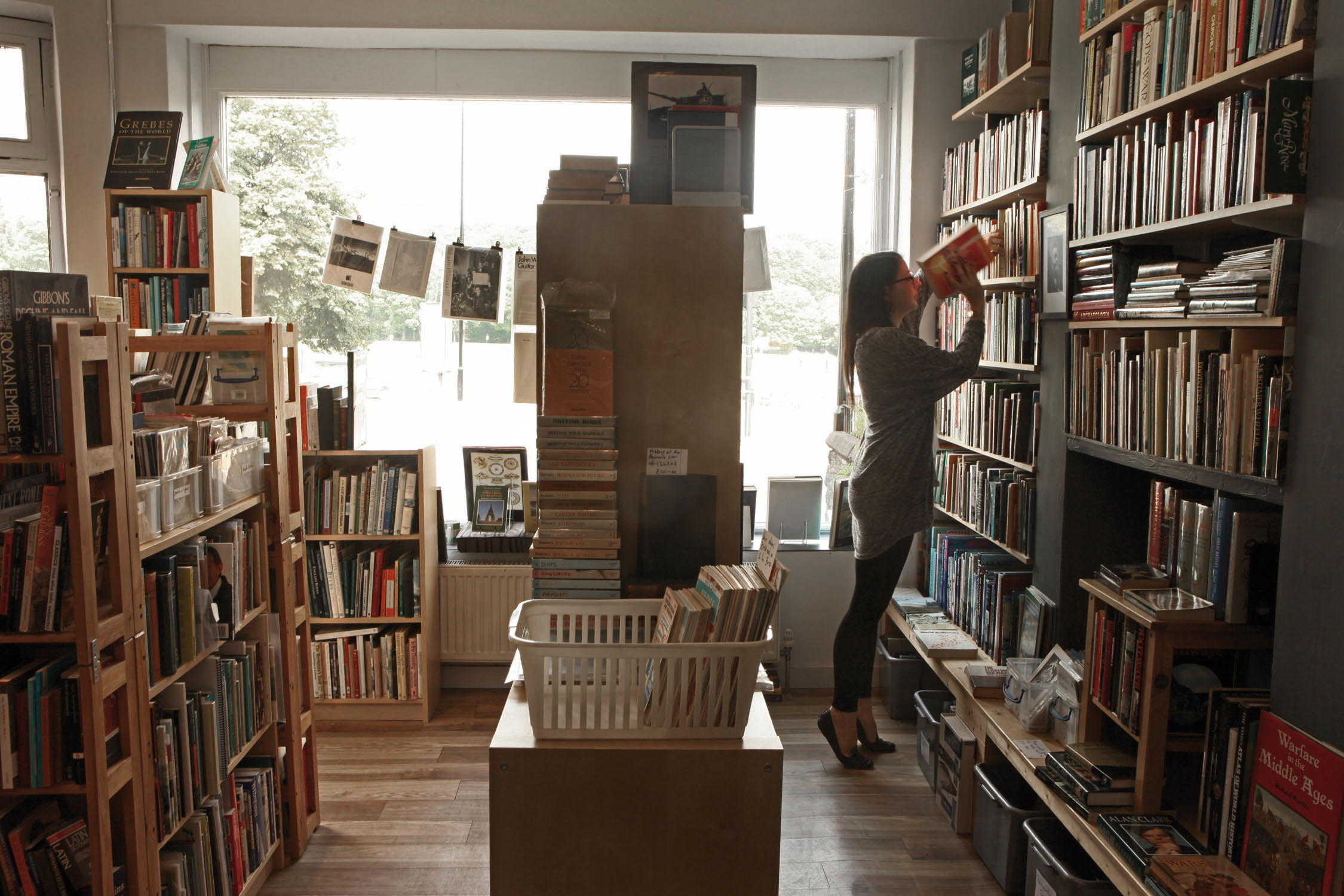 A secondhand bookshop with a high level of quality control, stocking immaculate collections of first folios, perfect leather-bound hardbacks, an esoteric collection of Sheffield and Peak District-based pamphlets, and a lot of Americana on vinyl. 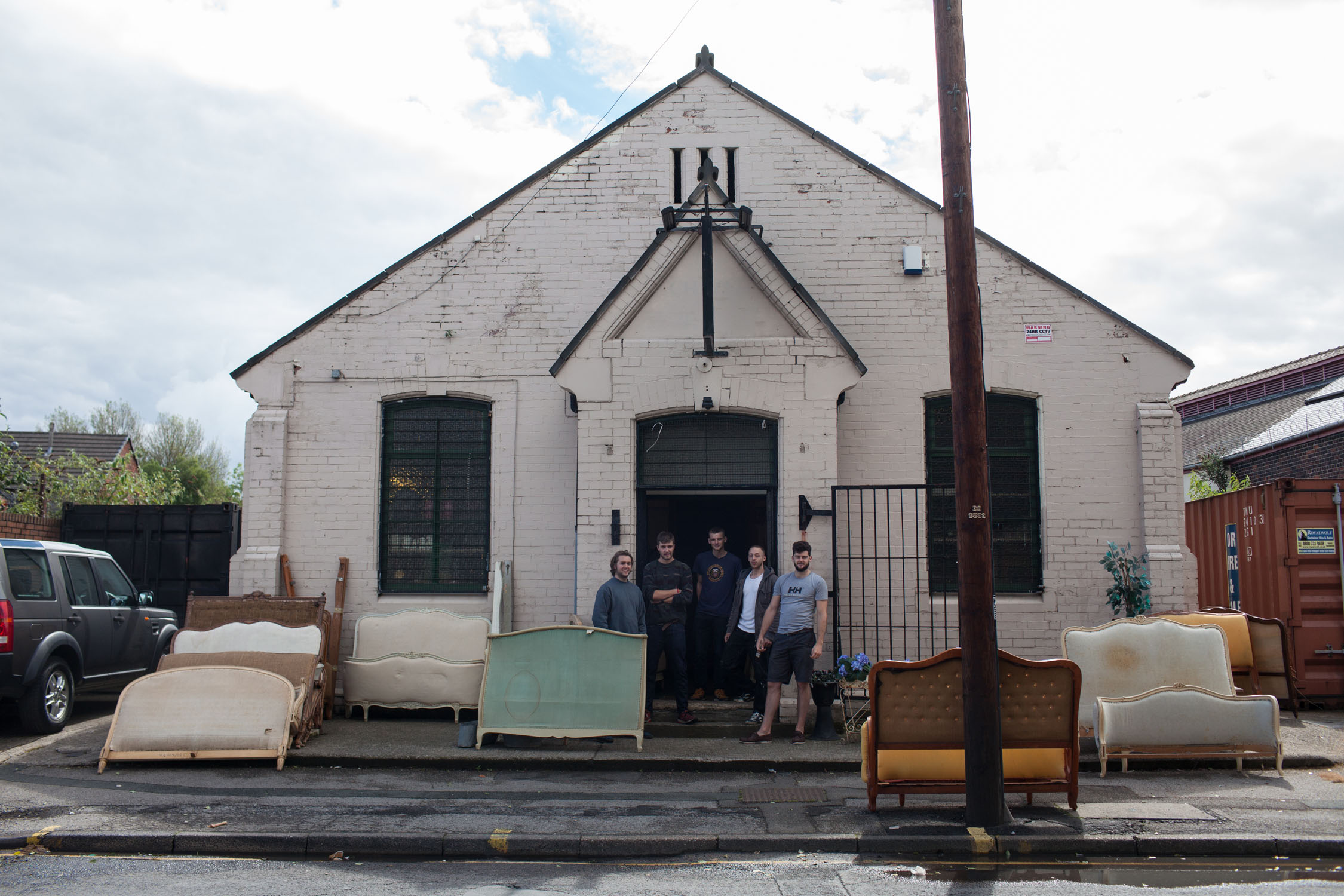 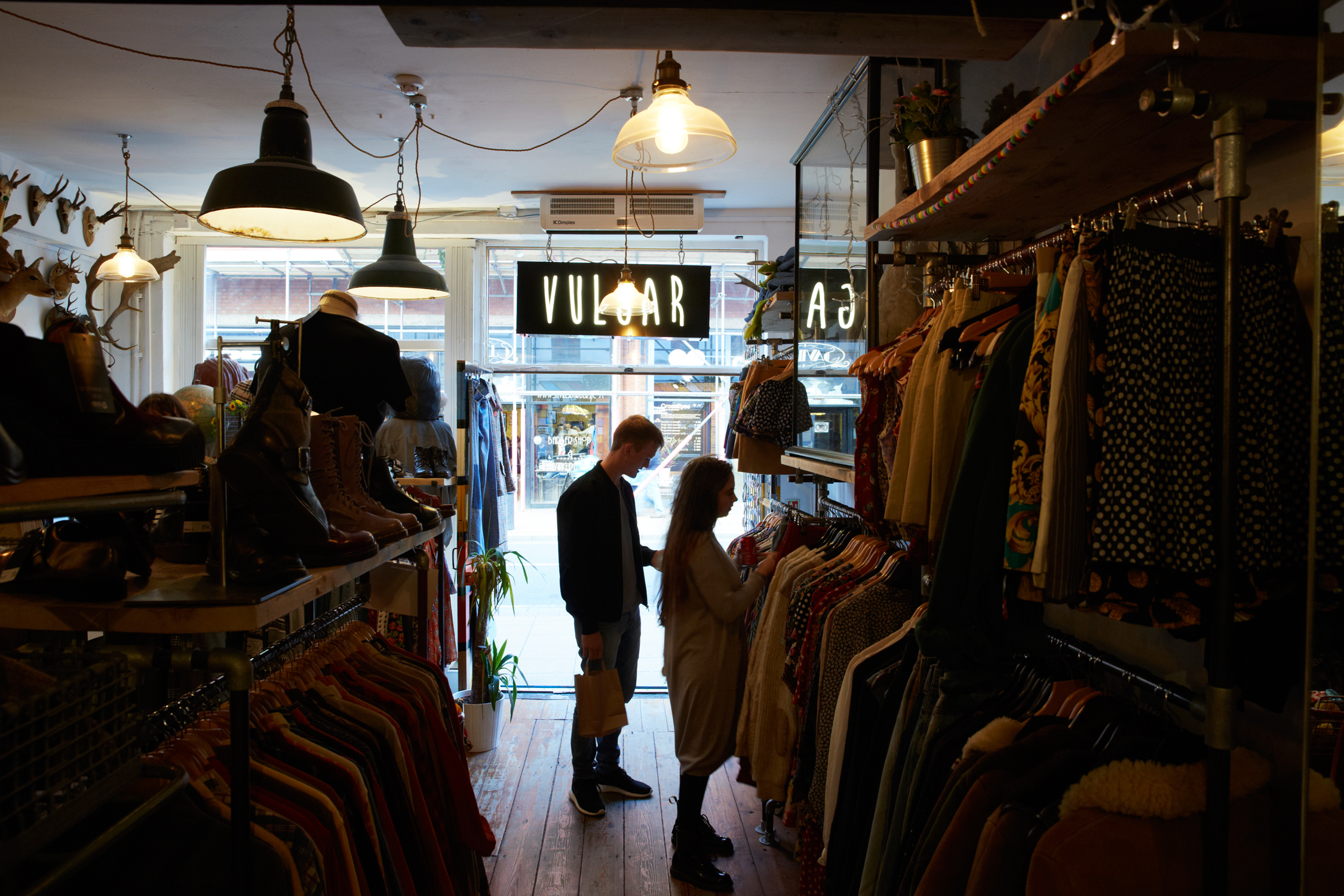 Thanks to the careful curation of the shop, you only have to rummage for about five seconds before you stumble across something you must immediately own here – whether that be a floral two-piece or a wolf t-shirt with sequin-clad sleeves. 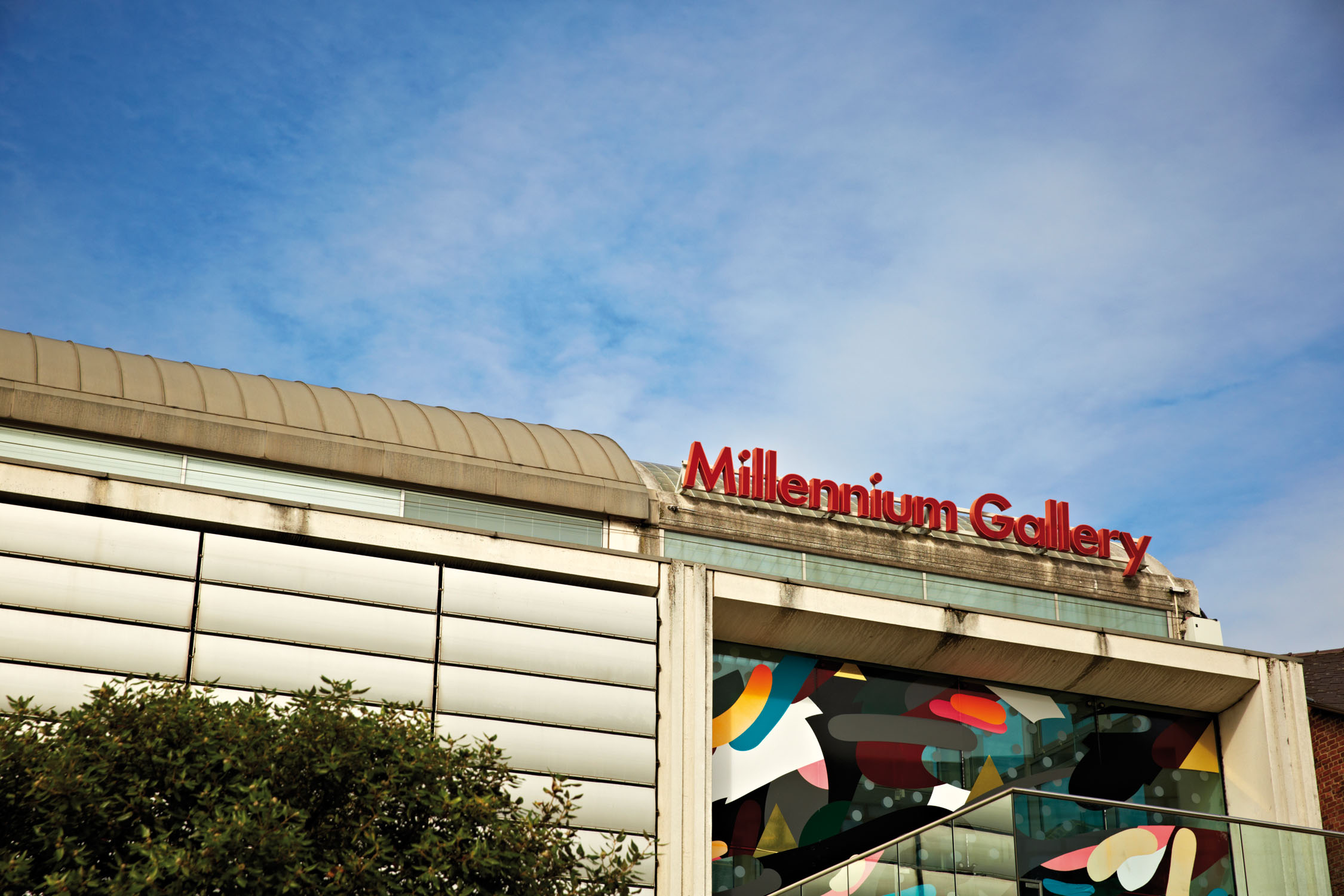